The Road To Becoming a Reader, Then a Writer

Rene Perez's 'Along these Highways' 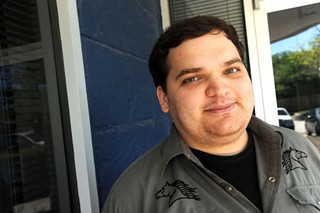 Growing up in Corpus Christi, Rene S. Perez II read whatever the teachers put in front of him, and he played by all the academic rules. "My parents worked hard. Really hard," says Perez, emphasizing that all they asked in return for providing him and his sisters with the best lives they could was that the kids get their educations. "Smartass handful that I may have been to my teachers, I did all my work and not much more," says the 27-year-old author of the new short story collection, Along These Highways (University of Arizona Press).

Before reading his first Chicano literature, this young writer, who is at present already working on his third book, nursed dueling dreams of being an engineer or lawyer – "something professional, respectable." Everything changed for Perez when he actually got to the university setting that his parents so wanted for him and he came across works like The Road to Tamazunchale and Pocho. Perez finally started to actually enjoy reading. "I realized that books didn't have to be work. They could be about me, people like me from places like my neighborhood. I decided then that I would change my major to English and become a writer."

And when he made this decision – ever aware of how much his family was expecting him to succeed – he took to the writer's path with a deep sense of humility as well as responsibility. He would write for the people – like himself – who had not seen themselves in stories.

"I was raised in neighborhoods and circumstances that did not necessarily reflect the dignity and respectability of how hard my parents worked," say Perez. "If hard work defined class, socioeconomically speaking, my folks would have been on the board at the country club, but it doesn't, so they taught and coached and PTA'd in my community. The kind of pride that such involvement bought them, the dignity it afforded them, really does inform my stories, just as it does my life."

Perez – whose first book of short stories is as influenced by Latino classics as it is by Toni Morrison's The Bluest Eye and Megadeth concerts – sees a fundamental problem with the ghettoized shelving of Latino literature. The category exists largely for convenience, and lumping together, say, the bawdy political passages of Tony Diaz with the philosophical detective work of Sergio Troncoso is a bit of a marketing con job.

In really terrible irony, Along These Highways, coming to us from an Arizona publishing house, arrives right at a time when Arizona legislation effectively bans Chicano works from the classroom. This is the kind of unbelievable absurdity that, if this were the plot of a novel and not real life, notes Perez, would be "almost too overwrought and obvious to not be shot down by any editor."

Sidestepping lunatic Arizonian polices, Perez, who certainly sees himself as a Chicano writer, is primarily concerned with the aesthetics of his art. "All of my motives and aspirations are literary, artistic, and almost apolitical." That said, the 2011 recipient of the Alfredo Cisneros Del Moral Foundation award knows that he might be a beacon of inspiration for marginalized writers. "I am writing stories I don't see too many of, which are about Mexican-Americans – people who crossed no rivers to get to a country where they're still seen as outsiders. Maybe some college freshman will read my work, like [the work] I read in the class that turned me on to literature. Maybe he'll write. Maybe she'll be an activist. Maybe I am political." 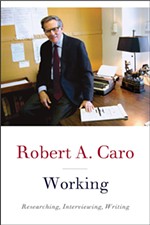