An extended conversation with Jeffrey Eugenides

Tweet
print
write a letter
Somehow during a brief lull between his (sparkly-sounding) New York release party for The Marriage Plot the previous night and his book tour commencing the next day, Jeffrey Eugenides found the time to answer some questions about his highly anticipated new novel in a generous and thoughtful fashion. Look forward to more of the same when he appears at BookPeople Thursday, Oct. 27, at 7pm. (You can also find a few more details about the book here.)

Austin Chronicle: Well, let's start with the big one: There's been some chat about resemblances of a character in The Marriage Plot to David Foster Wallace, and an effort in the media to group you, Wallace, and Jonathan Franzen as some sort of onetime literary cadre. What kind of effect has that had on the book release and on you?

Jeffrey Eugenides: I know they did an article in New York Magazine, and I talked to Evan Hughes, the writer of that article, but I haven't read the article. I just heard a couple of things about it from Franzen and Mary Karr. So I have a very vague sense of what it's about. I was curious that they would write a story about us, as young writers, maybe knowing each other or having influenced each other, because we didn't all know each other. I didn't know Wallace hardly at all until we were almost 50, so I wasn't sure what the article was going to be about or how they were going to treat it. It's hard for me to comment about it.

AC: What are your thoughts about sometimes being grouped with those two as members of a particular literary generation or movement?

JE: We're kind of wildly dissimilar writers, so it seems like just a question that our ages are the same. In Franzen's and my case, we have a commitment to holding on to narrative and reacted in some way against a pure experimental kind of writing. But anytime you start talking about it, it simplifies what my books are like and what those other two guys' books are like. As a writer, I feel like I stay out of the designation business or the grouping business, and if other people want to do that, that's kind of their business. I just write my books, and how they want to categorize them is out of my control.

AC: As someone who was in college then, I feel like The Marriage Plot really captured the essence, in detail and in mood, of what it was like to be an undergraduate studying literature in the early 1980s. Was it important to you, in getting your story across, to capture that time in academia and the semiotics stuff in particular?

JE: It was important to me, because The Marriage Plot is a novel about the extent to which reading influences our expectations in love, and how that leads to decisions that have very real consequences in our lives. So semiotics was the first place where I encountered ideas such as that. Semiotics makes you aware of the codes underlying literature and the various ways we can break down texts into their smallest parts. So the idea of a young woman at college who is first encountering semiotics and trying to become less of an unsophisticated reader and trying to understand by reading Roland Barthes that love is a construct and an illusion – the predicament of such a young woman who's falling in love at the same time she's also trying to think herself out of falling in love – was what was the original germ of The Marriage Plot.

It began with the sentence, "Madeleine's love troubles had begun at a time when the French theory she was reading deconstructed the very notion of love." That just appealed to me: a person whose head and heart weren't really in agreement. As soon as I wrote that line, everything from the Eighties came back to me, all of the theory, the classes, the debates, and then the period itself – its music, and, to a certain extent, its politics. All of which I knew about because I'd lived through them. It doesn't need particularly to be set in the Eighties, but since semiotics was really in its heyday then, and the epigraph of the book being "People would never fall in love if they hadn't heard love talked about" – that's an old quote from [Francois de] La Rochefoucauld, but it's very much in keeping with the spirit of semiotics: the idea of how literary texts will work on you.

I was trying to write a marriage plot in a time when you can't write a marriage plot anymore. I realized that the marriage plot only exists inside our heads now as a kind of romantic dream that we seek almost against our will. Sometimes that works out, and sometimes it doesn't, but I wanted to examine how that played out in my three young characters.

AC: Your three novels so far [The Virgin Suicides, Middlesex, and The Marriage Plot] seem to me very different in style and in mood. I'm wondering if you agree, and if you do, what drove those shifts, if anything.

JE: I do agree. When you write one book and get to the end of it, you usually feel like writing a very different kind of book. At least that's how it's gone with me so far. I don't believe that a writer has to have a singular voice. The whole idea of discovering your voice is a little bit overblown. You need to discover a voice for each book that you write. They may be different, depending on the subject you're writing about. Or they may also resemble each other. I get an idea for a book, and I have to play around a long time before I get the right tone. It seems to be the tone that will buoy forth the book as I write it, and when I have the tone, I proceed in writing the book. For that reason, it changes quite a bit, depending on what I'm writing about.

AC: You were saying that you and Franzen kind of want to reject the experimental approach –

JE: I kind of take that back in that way. I'm trying to find something that would unite the three of us – me and him and Wallace. I guess there is a commitment to story in each of our works, and at different times we've written – you know, The Virgin Suicides is a rather experimental novel and much of Wallace is on the experimental side. Franzen is less experimental, but we care about story, we care about character, and we care about trying to say something meaningful about the pain and pleasures of life. In doing that, we're not just kind of playing formal exercises. I think we all think there's a reality that we can describe. For a while, writers were told that maybe there wasn't a reality that you could describe accurately. But a lot of writers are doing this, so if it just includes the three of us, it leaves out a lot of other writers who don't seem that dissimilar.

AC: The Marriage Plot is a much more straightforward book, in some ways, than Middlesex. Structurally, and plot-wise, I don't want to say it seems less ambitious, but there's something fundamentally different about the approach or the construction of it.

JE: It's completely as ambitious as any of my books. Any kind of idea that it's any kind of a light work is incorrect. I try to write with a light touch and not bludgeon my reader, but you can read The Marriage Plot in a postmodern way; you can read it as a realist novel. There's things in it from depression to religion to college romance. To me it's a much more mature work than my other novels. I know what I was trying to do with it, and it's every bit as hard as what I was trying to do with Middlesex.

AC: Did you feel like you needed to research, investigate any one of your characters more than another?

AC: What made you pick yeast experiments as what Leonard does?

JE: I wanted to get something that might have been happening in 1982. I looked at various studies that were being conducted, and I saw the one about the mating of yeast. In that case, that does seem to have a metaphorical connection to a book about love, the fact that mating is going on at a cellular level. Leonard is aware of that. He makes quite a few comparisons to cellular life and yeast compared to humans. It seemed a good corollary to the main narrative. 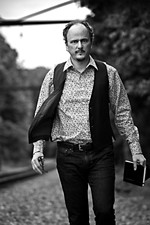