Giving Up the Ghost 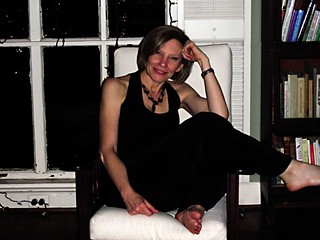 If you were a kid who squirmed all through church in anticipation of afterward peeling off your scratchy Sunday clothes and tucking into a slice of pie, Donna Johnson's memoir Holy Ghost Girl (Gotham Books) might spook you something fierce. Johnson spent her early years constantly traveling with David Terrell, who, with his followers, held hundreds of tent revivals throughout the sawdust trail, a circuit trod by Oral Roberts and other holy rollers in the Forties. Johnson's mother felt the call and joined up as the revival's organist, uprooting her children from the secular world and landing them in an atmosphere where miracles and faith healing mixed with all-night drives and dusty tent-raisings, a carnie lifestyle shot through with the spirit.

This is the kind of backstory a novelist would kill for, but Johnson doesn't have to leave the realm of memoir to reveal a page-turning narrative: She grew up calling Terrell "daddy," not only because he acted as a father figure for the gaggle of Terrellite kids, but also because he conducted a lengthy extramarital affair with Johnson's mother. She writes: "My mother's story is, she decided Brother Terrell should stay with his family for the sake of his ministry. There was no such thing as a divorced holiness preacher."

In spite of how Terrell's relationship with her mother led her to criticize him and question her faith, miracles abound in Holy Ghost Girl. Hearing is restored, infirmity cured, the blind made to see. Long after leaving the church, Johnson returns when a mysterious ailment strikes her at 25, and she's cured, too, in spite of her nonbelief. Instead of revisiting the experience to rebuke the possibility of miracles, Johnson says of writing the book, "It solidified my thinking that something large and mysterious is going on." She may have given up blind faith, but Johnson can't shake off the heady experience of becoming part of a massive collective will: "[Terrell] becomes a sort of shamanic figure, if you will. His followers would just die to hear me describe him this way, but those figures exist throughout history. I think we need them in some way." Now that she considers herself "a doubt-ridden Episcopalian with Buddhist tendencies," Johnson is more likely to find other conduits to the beyond in writing or meditation, but it's clear that she still finds value in the polarizing substance of faith.

"William James said something like 'the greatest distance that exists in nature is the distance between two minds,' and when we were under that tent together, that distance was closed. Some people actually say they experience that at sporting events – I never have! It's that coming together of so many minds for one single purpose. ... It changes you."

Memoir: When To Tell the Story

In addition to her appearance at the Texas Book Festival, Donna Johnson will read at BookPeople on Wednesday, Oct. 26, 7pm. 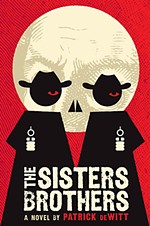