How To Do Things With Videogames 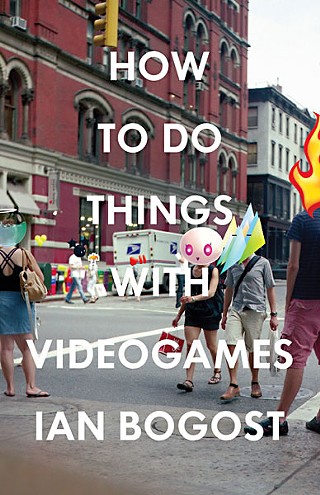 How To Do Things With Videogames


The cover of Ian Bogost's latest book shows an average urban street corner, except the pedestrians' heads have been replaced with brightly colored shapes and pixelated icons. To Bogost, average people are gamers because video games have become so prevalent as to be unavoidable. His 2007 book, Persuasive Games: The Expressive Power of Videogames, is widely considered gospel for its exploration of the tools available to game developers and how they can be used to do more than just entertain. Compared with the daunting informational meal of Persuasive Games, his recent release, How To Do Things With Videogames, is just a snack: snappy, but not seminal.

The bite-sized chapters each serve the introduction's main goal of offering examples of how "videogames have seeped out of our computers and become enmeshed in our lives." What Bogost does best is make interesting connections seem obvious without getting bogged down in tech jargon. Over the course of a handful of pages, he can explain why virtual worlds are one of the few places that reward travel for travel's sake, or why abstract violence is more damaging to the psyche than hyperrealistic war games. The most impressive feat is perhaps his ability to tackle the games-as-art debate, avoiding the usual pitfalls and deftly hammering his point home without whining, something many writers have failed to do.

With titles like "Titillation," "Promotion," "Branding," and "Exercise," each chapter brings to light the effect games have on specific areas of our lives, often without our notice. Some portions don't quite reach their perceived destination, but more often than not, chapters begin with distant points that Bogost manages to persuasively and clearly connect. Most significantly, Bogost makes good on his mission statement: to introduce a section of our culture and either highlight the role of video games in that area or, more impressively, makes those connections appear before the reader's eyes like magic.

After Bogost has taken the reader to the often forgotten or unseen corners of the gaming world and proven the medium's undeniable presence (although sometimes questionable worth) in those nooks, he predicts that with ubiquity comes a loss of uniqueness. He argues convincingly that the era of "gamers" as a discernible subculture is reaching its expiration date and that day is something to look forward to. How To Do Things With Videogames gets us there a little faster. 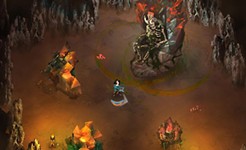