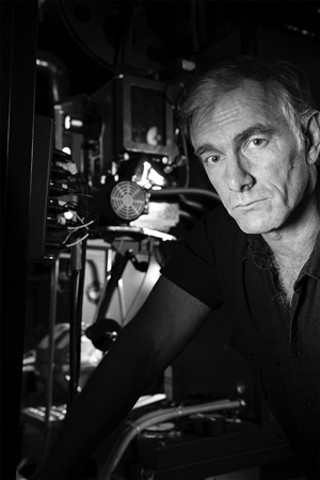 John Sayles' fourth novel, A Moment in the Sun, will be published on May 17. True to Sayles and his producer and partner Maggie Renzi's independent, do-it-yourself aesthetic, they are supporting the novel with a national tour in a rented Prius. Renzi describes this journey as "40 days and 40 nights ... on the road, stopping at independent bookstores and a few libraries where John will read from many different chapters of his very big book." (You can read their trip blog here: www.johnsaylesbaryo.blogspot.com.) They stop in Austin this Friday, May 13, at BookPeople.

Sayles is among the rarest types of American creative talents in that over the course of 30 years, he has remained stubbornly independent as a writer, novelist, and moviemaker while also turning out an inspired and impressive body of work. Usually the one thing that almost certainly results from independence (especially when combined with a strong political sensibility and a determination to tell the stories Hollywood rarely touches) is an abbreviated body of work. In Sayles' case it is almost the opposite: He has produced not just a brilliant but also a substantial body of work despite the odds – notably, the lack of consistent financial support and commercial success.

The cornerstone of Sayles' output is the 17 films that he has written and directed over the last three decades. The bulk of them were independently financed, but even when there was some movie industry money involved, with the exception of Baby It's You, these were the films he wanted to make, made the way he wanted to make them. During this same time he has worked on another dozen and a half or so produced film scripts, where the films were made with Sayles receiving screen credit. There were also a few dozen more scripts that he wrote for Hollywood studios as a writer for hire. The money earned from this work helped fund his own films, but the scripts were seldom filmed, and if they were, Sayles received no screen credit.

Sayles is the author of two collections of short stories: The Anarchists' Convention (1979) and Dillinger in Hollywood (2004). The former includes his first published short story, "I-80 Nebraska," which won an O. Henry Award. A Moment in the Sun, Sayles' first novel since 1991's Los Gusanos, is being published by Dave Eggers' McSweeney's Books. When I ran into Eggers in San Francisco, he couldn't say enough wonderful things about the novel and how proud McSweeney's is to be publishing it.

Sayles and Renzi have been friends of ours ever since we met here in Austin in 1983 at Independent Images, a film conference sponsored by Houston's Southwestern Alternate Media Project and the Austin Museum of Art – Laguna Gloria. Over the last several years when visiting or talking to them, Sayles had been working on and off, writing this mammoth historical novel. A Moment in the Sun is 968 pages long.

I've just gotten a copy, and I've barely started reading it, so here are excerpts from the Kirkus starred review: "Sayles ... turns in an epic of Manifest Destiny – and crossed destinies – so sweeping and vast that even he would have trouble filming it. The year is 1897. As Sayles' cat-squasher of a book opens, a greenhorn arrival at the Alaska gold fields and meets a man named Joe Raven .... As so often happens in Sayles' filmic narratives, the native man possesses wisdom that is crucial for survival – but, alas, too few of the Anglo newcomers, sure of the superiority of American civilization, are willing to admit his usefulness. ... Meanwhile, on the other side of the Pacific, a young Filipino ... is preparing himself for battle against the colonizers of his island; he is brash enough that a fellow fighter is moved to caution, 'I am a patriot ... but not a suicide.' Farther away still are two African-American soldiers ... who are discovering just how racist the America of the turn of the century can be. Sayles pulls all these characters onto a huge global stage, setting them into motion as America goes to war against Spain and takes its first giant step toward becoming a world power. The narrative is full of historical lessons of the Howard Zinn/Studs Terkel radical-revisionist school, but Sayles is too good a writer to be a propagandist; his stories tell their own lessons, and many will be surprises .... A long time in coming, with an ending that's one of the most memorable in recent literature. ..."

Originally I was going to do this as a straight Q&A with Sayles, but it seemed to me more important to set this book in the context of Sayles' body of work. Sayles is consistently referred to in glowing terms – as the godfather of indie filmmaking, a true pioneer who is an icon in the field, and one of the country's preeminent and best-respected artists. Given that as well as the maturity, consistency, and breadth of Sayles' work, many assume he is championed and beloved by critics and cultural observers. This seems so obvious as to hardly be worth comment, especially in the context of so many critics' own ongoing laments of the predictable paint-by-numbers, cookie-cutter shallowness of most Hollywood film releases.

Except it just isn't accurate when it comes to the considered reception of much of Sayles' work. Instead, his work is too often criticized for being overly sincere and too political. It is as though, given that Sayles and Renzi make exactly the kinds of films the popular audience would expect critics to champion and privilege, they go out of their way to be especially harsh and dismissive toward these films. Regularly, they attack Sayles and Renzi's films for their politics, humanist ambitions, and refusal to conform to either overt obscurity or to tight Hollywood, no-wasted-shot, no-extra-second filmmaking.

Witness Stephen Holden's review of Honeydripper in The New York Times (Dec. 28, 2007). He notes that the "music made for the movie by Mr. Clark, a blues hotshot from Austin, Tex. ... is proto-Chuck Berry, though not as distinctive." Is Holden really complaining that Gary Clark Jr.'s music is not on par with Berry's, arguably one of the greatest players and most important innovators in rock & roll? He goes on to point out that "all the characters and situations are familiar folkloric elements in a town where flimflammery is a way of life." Offhand, outside of Honeydripper, I can think of only one other film, Eve's Bayou, made in the last couple of decades that portrays the life of blacks in the segregated South where the point isn't portraying racist violence. Yet these two films offer a slice of life that is too familiar? I guess that unlike the steady stream of American films exposing the corruption of the suburbs or dealing with business and/or government corruption, those two films worked a vein that, although almost never featured, has already been exhausted?

The point here is that true independents in our contemporary culture find no easy or welcoming safe harbor. Again and again, the critics insist how antagonistic they are toward typical Hollywood productions, decrying the lack of believable dialogue, realistic situations, and fully rounded characters. In film after film, the Sayles and Renzi team has actually detailed people and aspects of American life long ignored by mainstream culture, yet they have been more ignored, even, than criticized.

Are there any better movies about the labor movement than Matewan and Eight Men Out, which actually detail the kinds of exploitation that led to collective organizing? Passion Fish captures Louisiana as almost no other movie has, and Lone Star is one of the best films about Texas, period. Most critics love those films that depict social outlaws celebrating life via the freedom of the road and embracing violence, sex, rock & roll, and drugs. Sayles' Men With Guns, on the other hand – one of the saddest and most poetic evocations of the immorality of so many modern wars, which completely lack any specific ideological causes – was ignored.

Certainly, Sayles often slows down his stories to make historical or political points. But as much as anything, isn't this because these films are being released in a contemporary popular culture that is almost completely lacking any acknowledgement of such issues?

Sayles and Renzi's films are about people who live relatively normal lives, interact with one another, deal with the problems of everyday life from the mundane to the exaggerated, and who come out of, resist, reject, and/or are defined by their and our histories. Yet to read the critics, you would think they were Soviet-style, socially realistic dramas. A Moment in the Sun is certain not to be a post-9/11 grand American adventure story but instead a complex, controversial, and often contradictory but always human history of this country at the turn of the last century.