Or, How I Learned To Stop Worrying and Love the Steam ... 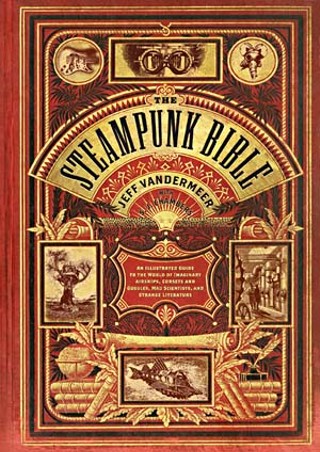 "Frankly, the heaviest guys in the Steampunk scene are not really all that into 'steam.' Instead, they are into punk. Specifically, punk's do-it-yourself aspects and its determination to take the means of production away from big, mind-deadening companies who want to package and sell shrink-wrapped cultural products."

– Bruce Sterling, from his essay "The User's Guide to Steampunk" in The Steampunk Bible

Steampunk: That word's been stuck in my craw for at least the last decade. And lately, watching what appears to be yet another usurpation of a flourishing artistic subculture by the omnivorous pop-cultural maw has become something of a torture akin to first seeing Mohawks appearing on mall rats in 1991, the year punk broke.

Yeah, I admit it: I'm a 45-year-old curmudgeon-punk, a veteran of the cyberpunk/mirror shades gang and a firm believer that the mid-Eighties Splatterpunk movement was the most outrageously transgressive literary subgenre since William S. Burroughs first noshed on Naked Lunch. Anyone remember Splatterpunk? It had guts. They were strewn everywhere, hanging from the rafters like so much bloody bunting. An offshoot of the then-booming dark fantasy genre typified by Robert McCammon, Clive Barker, Charles E. Grant, and others, Splatterpunk heralded the arrival of none other than Nacogdoches mucho mojo badass Joe R. Lansdale his ownself, NOLA's gender-and-genre-bending Poppy Z. Brite, and gore-soaked former collaborators John Skipp and Craig Spector (the last two, by the way, revived the then-moribund zombie craze with their 1989 Bantam anthology Book of the Dead).

So when I first heard the word "Steampunk" (the coinage is attributed to author K.W. Jeter, who first mentioned it in a letter to respected sci-fi mag Locus in April '87), I thought: great, another label, another splintering of science-fiction-fantasy-horror, another literary ghetto for writers to make even less coin within. Just what we need.

And then a decade and a half later came the explosion of Steampunk's vaguely gothy and goggle-eyed Victoriana style (in the clubs, at the conventions) and flamethrowing robots (at the Black Rock Desert's Burning Man, at Austin's Burning Flipside). Damn. Thanks to the Internet, the maker movement, and the mainstream media, Steampunk had arrived center stage, corseted and clanking, lovely to look at but suddenly, possibly terminally, trendy. Seemingly overnight, the reviled punk outlet chain Hot Topic began carrying tentative variations of steamwear for the junior high outsider crowd – never a good sign. I thought: "That's it. Jules Verne and H.G. Wells – overwhelmingly credited as the literary forebears of the modern Steampunk movement – are spinning, dreidel-like in their graves. This particular Nautilus has run aground."

That was foolish and uncharacteristically unimaginative of me. I'd watched Steampunk evolve from the sidelines, with a wary (and I admit, jaundiced and jaded) eye. Wasn't "punk" all about avoiding labels? This ongoing, relentless suffixization of the word was not, I thought, what Joe Strummer had envisioned. (Malcolm McLaren, yes, but not Joe.)

What I failed to grok about Steampunk, however, was that it was much, much more than just another subheading in the annals of fantastic literature. The idea of a literary genre mash-up that melded the ideas of proto-futurists Wells and Verne (and cinematically, Georges Méliès and Metropolis) with modern mores via writers and futurists such as Bruce Sterling and William Gibson – whose 1990 novel The Difference Engine is widely recognized as one of the first and best Steampunk novels – was fascinating and ripe with possibility, no argument there, but the mainstream appeared to have co-opted Steampunk in one huge, ravenous gulp. 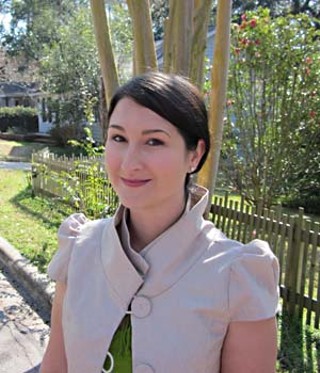 But something happened on the way to the Chaplin-esque modern times we live in. Steampunks became crafters not only of stories, but also of physical, tangible, real-world things: objects of great beauty, functional art. There's Steampunk's all-encompassing worldview, which is predicated on the notions that 1) the future we were promised as kids never materialized, and what there is of it is collapsing all around us even at this very moment, and 2) retro-style robots and ripping yarns about ray-gun-wielding women (in corsets and severely kickass bootwear) and intellectually well-endowed men (in goggles and, occasionally, spats) were, are, and always will be cool. Zeppelins, too. (Which should, of course, go without saying.) And then there's Steampunk's zeitgeist-catching maker core: legions of artisans crafting intricate homages to a stillborn future, the future of yesterday, today.

Steampunk was becoming less a single, self-defined literary movement than a vastly more complex subcultural one, one whose artists represented the full spectrum of human creativity. There's Richard "Doc" Nagy, whose astonishingly beautiful, retro-futuristic modifications to existing technologies (like, for instance, your computer) have resulted in Datamancer.net, a hub of shared creativity dedicated to making the mundane fantastic. As Nagy notes on his site, he doesn't build products; he creates heirlooms. He's a maker.

And then there's Jake von Slatt, creator of, among many, many other bits of ticktock awesomeness, a clockwork Stratocaster and enough lovingly detailed, Victorianed-/Edwardianed-up computer keyboards to merit the attention of the usually slow-on-the-uptake Newsweek back in its Oct. 31, 2007, issue.

Steampunk – the genre, the movement, the lifestyle – has, against all odds, leapfrogged its own sell-by date. And now, it's even got its own (much-needed, brilliantly composed) bible. Literally – it's right there in the title. Jeff VanderMeer and S.J. Chambers' The Steampunk Bible: An Illustrated Guide to the World of Imaginary Airships, Corsets and Goggles, Mad Scientists, and Strange Literature (Abrams Image) is far and away the most intriguing catalog of all things steam yet written. Have you been wondering about the various sub-subgenres of steam? You should be. There's Boilerpunk, Clockpunk, Dieselpunk, Gaslight Romance, Mannerspunk, Raygun Gothic, and Stitchpunk. That's a lot of prefixes to handle, but VanderMeer and Chambers provide detailed explanations for all of them amidst a tome that traces the history of its subject from its iconic literary forebears to the emerging "green" Steampunk sustainability movement. And any way you look at it – and it really, really likes being looked at – it's all about style, be it Steamkpunk prose, clothes, or sensibilities.

"From a fashion aspect," says co-author Chambers, speaking from her home in Tallahassee, Fla., "I feel like the Victorian aesthetic has been kind of creeping into mainstream fashion since 2001. And that's not even pulling in the goth stuff from the Eighties and the Nineties."

The irony inherent to Steampunk – confronting a technologically hyperadvanced but ultimately dystopian real-world future via literary constructs and science born of the industrial revolution – isn't lost on Chambers, or many other Steampunks for that matter. It's a bit of a head trip when you think about it, but for the rational and socially conscious reader, writer, and artist, it's infinitely preferable (and much more fun) than the country's current "no steps forward, three steps back," sociopolitically shattered landscape. The tea party may think things were better back in the old, old days, but Steampunk, which often unflinchingly confronts the racial, social, and intellectual inequities of the Gilded Age, knows better and thus builds a better ray gun. Mark Twain would, I think, approve.

"Our technology has always sort of been heading toward [creating more] leisure," notes Chambers. "Our iPhones, our Wiis – it's all about filling up all the downtime that we have in modern society. As a result of that, it kind of dumbs you down. An 80-year-old can pick up something that he's never seen in his life and navigate it easily because the technology is designed so well. But for people who are looking for more of a challenge, like for instance Jake von Slatt, the iPhone is almost an insult. It doesn't really show how we have evolved as people.

"So it is ironic that we've come this far only for some of us to discover that we don't necessarily want it. Which, I think, is a natural reaction. That's where I think the punk comes into it. It's a reaction against an establishment that just now happens to be ... iPods!"

Which, to meta the water even further, burst onto the technoscape complete with a prerecorded selection of ringtones, including the nostalgic ring of an old-school rotary telephone bell. So ubiquitous has Apple's ultragadget become that it already seems like it's been with us forever. But no, that was 2007, the year Steampunk broke. Well, at least according to Newsweek.

Austin Books will host The Steampunk Bible release party with co-author S.J. Chambers in attendance on Sunday, May 1, 7-9pm, at the United States Art Authority (2906 Fruth).