Get radicalized: About to Die examines news imagery at the moment of death, while The Verso Book of Dissent spans Zola and Tupac

About to Die: How News Images Move the Public


The Verso Book of Dissent: From Spartacus to the Shoe-Thrower of Baghdad


Sometimes it really feels like the body politic refuses to be woken from its slumber. Between grave injustices and horrifying events, it seems near-impossible to stir an apathetic electorate. Yet occasionally, if too rarely, a shocking image or a radical thought can still provoke debate and even action.

Ignore the title: About To Die isn't a coffee-table take on the Faces of Death mondo movies. Author Barbie Zelizer is the Raymond Williams Chair of Communication at the University of Pennsylvania and this is a serious academic discussion of how the news treats images of imminent death. She lays out her core theory in the first chapter: that photojournalism is balanced between "As Is" and "As If." The first means that the photograph adds verisimilitude to the text, shoring up the story with a seemingly undeniable moment frozen in time. Yet it's the "As If" that really fascinates Zelizer: how images are contextualized, the backstory that readers and editors create to fill in the blanks, and how that shapes political discourse.

Unfortunately, that key opening chapter is a chore, drenched in oblique references to fellow theorists. Fortunately, it's worth the slog. This is an audacious and often chilling examination of how visual media handle the moment of death, from engravings of the Great Chicago Fire of 1871 to the Pacific tsunami of 2004. With an obvious and admitted debt to the academy's favorite photography buff Susan Sontag, Zelizer treats these images as both rare and powerful. Their impact, she argues, is balanced between readers' squeamishness, their sense of moral outrage, and their voyeurism.

If Zelizer's book has one failing, it's that her vision of the day-to-day mechanics of news gathering sometimes depends upon a confrontational process, with photographers misrepresented by ham-fisted editors messing up the "As If." There's also little insight into the accidental nature of many such photographs or about the damage they inflict on those that take them. However, her real emphasis is on the readers, the messages they are absorbing, and how they impose their own view of the world on images. Take the collapse of the Twin Towers. In the immediate aftermath of 9/11, the iconic images of structural collapse were a visual metaphor for the death of the people inside. Now, as the American Journalism Review put it, they have become "a kind of wallpaper." Did audiences become immune to the images' power due to overexposure, Zelizer asks, or were they always just a bloodless proxy for the real horror of the day?

As an academic enterprise, The Verso Book of Dissent is no less intellectually rigorous than About To Die, but it is structurally its polar opposite, replacing depth with breadth. Where Zelizer takes individual images and laboriously charts their impact on the debate of the day, co-editors Andrew Hsiao and Audrea Lim have undertaken the mammoth task of collating a near-definitive anthology of the voice of opposition to oppression. There are the obvious inclusions: An excerpt from Émile Zola's J'Accuse, a sliver of Thomas Paine's The Age of Reason, and a few beats from Tupac Shakur. Yet to find obscure voices like Uighur poet Abdukhaliq, and to see him link philosophical arms with Andrea Dworkin and Marvin Gaye, is testament to the power of the urge for equality.

It's an inherent weakness of such anthologies that they're best absorbed in bite-size chunks. What unifies this work is that, from ancient Egypt to contemporary Argentina, the voice of popular dissent has always called for the same rights. Whether it's Enlightenment-era France calling for liberté, égalite, fraternité, or the Founding Fathers laying out self-evident truths, the same urges for justice are always there. That global and historical diversity places a firm dent in the idea of American exceptionalism, instead placing it within a greater context.

The unwritten coda is that the same social injustices remain without redress. Woody Guthrie's "Deportee," a lament for 28 migrant workers who died in a plane crash, is as sadly relevant today as it was in 1948, when he strummed it on a guitar inscribed with "This Machine Kills Fascists." Yet there's something deeply heartening in reading third-century Tamil poet Thiruvalluvar write with as much power and passion about liberty as Muntazer al-Zaidi (the titular Iraqi shoe-thrower) mustered nearly two millennia later. 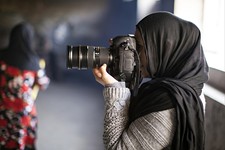