A Yarp is a terrifying, spindle-legged, people-eating monster that prowls the Ozarks in human disguise. Young Roonswent Dover, narrator of Barry Hannah's supremely creepy short story "Evening of the Yarp: A Report by Roonswent Dover," describes the creature thusly: "A Yarp's eyes of course is suppose to be hot yellow and his skin disappeared from his throat so you can see its tongue long in it and tonsils and open voice box." And if that sounds pretty unattractive, just wait till the Yarp opens his coat and reveals "all his digestion, everthing he's eaten all chewed and gravyed-up in them tubes and holds and glands."

It makes you wonder: Why did Barry Hannah even bother writing about ordinary people when he wrote so well about imaginary monsters?

"Evening of the Yarp" is reason enough to read Long, Last, Happy, Hannah's posthumous volume of selected short stories, but there are plenty of others. The last four stories in the book, all new, tell an interconnected tale of Gulf War veterans and church-burning. Linked tales of pyromania in the South will always edge very quickly into Faulkner territory (Snopes trilogy, anyone?), and Hannah makes the obligatory tip of the hat in the first story, "Fire Water": "both of them had worked in the shadow of this statue. Faulkner. Damn the organ tones, the way he wrote like an octopus with pencils." And as in Faulkner, this suite of stories doesn't end well.

Hannah himself pulled some octopus-with-pencils feats over the course of his distinguished career, and plenty of the stories in this collection showcase his wit, his humor, and an ear finely tuned to the myriad dialects of the South. This is not to say that every story is a rollicking romp through Dixie – there are quiet, sad moments, too, and tales of truly desperate and pathetic people.

If you're a person who enjoys language, sex, and guns, you will probably like this book. If you're a person who enjoys mythical Ozarkian monsters who flash their roiling guts and smell "of bull spunk and road kill," you will also probably like this book. Look elsewhere if you're in the mood for spare or subtle prose, but if you want to spend a few hours in the company of somebody who wrote like he enjoyed the hell out of life, this isn't a bad place to start.

News/Print
I've some good news and I've got some bad news. Which do you want first? 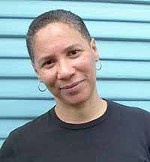 Upcoming ...
We survey the landscape of upcoming literary events and author appearances.