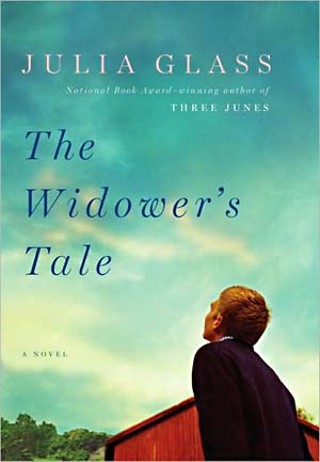 The Widower's Tale: A Novel


The widower in question is 70-year-old Percy Darling, a retired Harvard librarian and world-class curmudgeon. His "tale" at first seems small in scope, if richly detailed, as he grudgingly prepares for the conversion of his barn into a preschool for the privileged children of Matlock, a satellite of Boston transitioning away from its country roots to something more along the lines of Town & Country. But as Percy's tale unfolds, skipping between his perspective and that of three others in his near-orbit, this subtly dispatched family saga broadens to explore extremism in both political action and personal character.

But "saga" is too drear; Glass' portrait of a family negotiating continuing crises – sometimes workaday, sometimes sensational – is too funny for soap operatics. Percy is its cantankerous, acidic wit center, and his first-person voice endears him further to the reader. Chapters trade off between Percy and the third-person accounts of his grandson, Harvard sophomore Robert; a migrant worker named Celestino; and Ira, a teacher at the Elves & Fairies nursery, whose abrupt dismissal from his previous school has pushed him back into the closet.

Glass, a National Book Award winner for her 2002 debut, Three Junes, forms a cat's cradle-like threading of connectivity: Divorce is doubled in the form of a divorce attorney and mediator, Celestino and Robert's eco-warrior roommate Turo both hail from Guatemala (with very different backgrounds), breast cancer links Percy's oncologist daughter and the new woman in his life, and the calamitous consequences of booze and seemingly casual political talk upend both Ira's and Percy's lives.

Glass' mostly assured command of voice bobbles occasionally when she strays from Percy's perfectly pitched grousing. Robert, especially, is rendered in a somewhat dowdy-feeling approximation of how tech-savvy twentysomethings speak (or text-speak) – I'm not sure real 20-year-olds are as reluctant to spell out "WTF" as Glass is. But their impassioned grappling with the world and their place in it – most especially with the question of how far one should take forward thinking in a backward-feeling environment – rings true.

The Widower's Tale is best savored for the unshowy way Glass dramatizes the hum-and-thrum of the everyday and the compassion she brings to describing the painful recalibrations every character must make when that everyday explodes in their faces – when, as an aching Percy puts it in his priceless vernacular, "the world is widdershins." The Lady Matador's Hotel: A Novel
In this beautifully written short novel, García revisits the theme of cultural identity that arises from the isolation and dislocation from one's homeland

A Curable Romantic: A Novel
A twice-married virgin wanders sexually liberated Vienna and collides with – who else? – Freud