Greed, muck, and strife at a Hudson River port in 1864 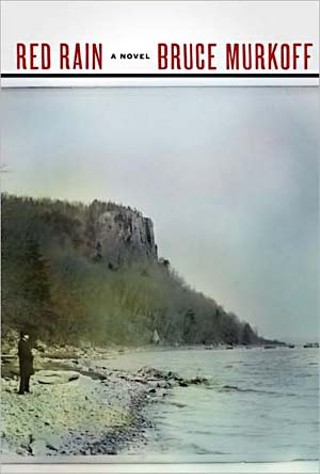 
If Civil War novels have been struck by one blight, it's that there's often too much Margaret Mitchell and not enough Charles Dickens. After his well-received debut, Waterborne, Bruce Murkoff turns from one pivotal event in U.S. history (the construction of the Boulder Dam) to another, supplanting misplaced 19th century romanticism with a solid dose of greed, muck, and strife. In 1864, the Hudson River port of Rondout, deep in rural New York state, is far from the fight but stuck in limbo while its men are away in battle. However, Murkoff's interest isn't the war itself but the struggles far north of the battlefields. The community is divided but in a state of balance. Freed slaves live out on Jug Hill while the Dutch farmers work the swamplands of the Clove, leaving the bar fights to the Central European dockworkers and the Irish interlopers that fled the Great Famine two decades before. Yet modernity is creeping up on the people of Rondout: As they await the daily dispatches from Gen. Grant's forces in Virginia, Darwin's The Origin of Species is reshaping the order of nature and the railways are destroying their backwoods isolation. Murkoff's characters are just as likely to have spent time in the museums of Paris as hunting mountain lions, and two discoveries – a child in the woods and a fossil in the swamp – cast a sharp light on the town as the dividing line between past and future. Part Magnolia, part Gangs of New York, Red Rain boasts plenty of tired old character tropes: the prodigal son, back from the Indian Wars; the patient war-bride-to-be; the scheming land-grabber; the adolescent dock rat; and the barroom thug, a crowbar-wielding Bill Sikes in the making. However, Murkoff keeps these characters clear of cliché by dragging them down into the mire and grind of a convincingly portrayed port town. Rondout is a dangerous, squalid place in a time when a fever can send the toughest man to his grave, and there's enough drink and casual violence to take the last few years off a man's life. While the hidden history sends the characters to an almost inevitable reckoning, Murkoff keeps tension high as the clock ticks toward the modern age.