Ten years after 9/11, it is still sometimes difficult to find the precise words to process that defining national tragedy. Leonard Pitts Jr. didn't have 10 years –he didn't even have 10 hours. A nationally syndicated columnist for The Miami Herald, Pitts wrote his Sept. 12, 2001 column, called "We'll Go Forward From This Moment," as history was unfolding in real time. (You can read it here: www.miamiherald.com/leonard_pitts.) It's a remarkably nuanced piece of writing – raging and aching, patriotic but never jingoistic, confrontational but still inspirational to an inconsolable nation. That perhaps makes Pitts uniquely qualified to address the theme of "Black Men Writers Inspiring Change" at this weekend's Austin African American Book Festival, where he'll appear as one of three keynote speakers (see "The Fourth Annual Austin African American Book Festival" for schedule). The Chronicle recently spoke by phone to the Pulitzer Prize-winning columnist and novelist at his home in Maryland.

Leonard Pitts: Tuesdays and Thursdays are writing days. Today is trying-to-fix-my-Internet day, it turns out.

AC: That's a lousy way to start the day.

AC: So you started as a music critic, right? How was the transition going from a very specific focus to more general-interest writing?

LP: Liberating, I guess would be the best word. I was a music critic for 18 years, and, you know, I started out in the era of Donna Summer and Harold Melvin & the Blue Notes, Diana Ross, et cetera, et cetera, and ended up in the era of Milli Vanilli, New Kids on the Block, and Snoop Doggy Dogg, as he was billed back then, and didn't really feel at home anymore. I needed something else to do and was actually very pleased to be able to make the transition.

AC: In your column, you discuss sports, politics, pop culture – is there any topic that is especially dear to your heart?

LP: All of the above, I guess. If there's a theme to the column, it's fairness and unfairness and how we treat one another across the various lines of gender, sexual orientation, or religion, culture, and obviously race. I deal a lot with race, but, again, the larger issue is how people treat people. If I had to choose a favorite, I guess that would be it.

AC: You of course won the Pulitzer for your post-9/11 column "We'll Go Forward From This Moment" ....

AC: Well, it was certainly deserving of one. Is it safe to say that was the most difficult column you've ever had to turn around?

LP: On the contrary, it was probably one of the easiest. That column was written on the morning of September 11 as the buildings were coming down. It's funny you should mention, 'cause I was just talking about this with the writers' workshop that I teach at my church on Saturday. And the thing is, for me at least, as a writer, anger has a way of clarifying a whole lot of stuff. So that when you're angry, the writing in a lot of ways is a lot easier. Because a lot of the extraneous stuff just sort of goes by the wayside, and you're focused on the object of anger and expressing yourself. Like all Americans, I'm sure, I was angry on the morning of September 11, 2001, and the words just flowed.

AC: It's also very honest about America's complicated national character. Was that difficult to finesse, especially in the very immediate aftermath of 9/11?

LP: No. Again, that's something I've written many times before – that we are a nation of greatness and goodness in us but we're also a nation that sometimes, you know, is not big enough to live up to its biggest ideals.

AC: The theme of this year's festival is "Black Men Writers Inspiring Change." Is that a mission statement for an editorial columnist?

LP: I think that's a whole lot to ask for writing a newspaper column [laughs]. The only thing I try to do is try to provoke thought, you know? To get people to think and to challenge their preconceptions and assumptions on any given subject and sort of look deeper at our world and stuff that sort of flies on all around us. If I can do that more often than not, then I'm happy. But as far as inspiring change? That's a lovely thought to think, but I think any columnist who really feels that is probably speaking more to his or her ego than anything that I've actually done in the world. 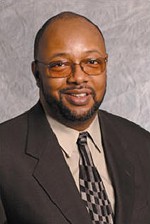 We Have an Issue: Do Your Part. Get Vaccinated. Do It Now.
Where to find the COVID vaccine in Austin