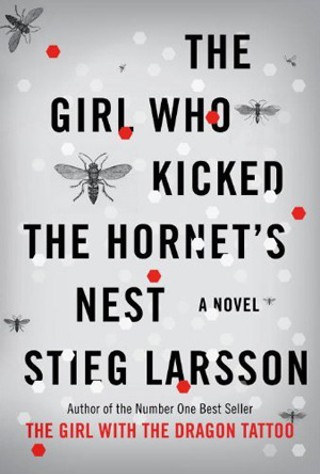 
Larsson died in 2004, before the Swedish hopeful novelist could enjoy the international rapture sounded over his Millennium trilogy, the conclusion of which is just now being published in the U.S. The series' kickoff (and high note), The Girl With the Dragon Tattoo, was an adrenalized thriller about a crusading journalist named Mikael Blomkvist's expurgation of one family's very crowded closet of skeletons; from that book's relatively tight scope the conscience-stricken series has expanded to finger bigger and bigger baddies, culminating in The Girl Who Kicked the Hornet's Nest's exposé of systemic corruption and deeply rooted moral rot.

The book, which picks up near to the minute where The Girl Who Played With Fire left off, is broken into four parts bearing cyber-leaning names – "Disk Crash," "Rebooting the System." It's a nod to the nuts and bolts of investigation via electronic surveillance that Blomkvist and anti-Girl Friday Lisbeth Salander use to unearth a super-secret intelligence unit operating outside of the law. This is perhaps the least obviously cinematic of the trilogy, but leave that for Hollywood to worry over: Larsson ably translates to the reader his love of nitty-gritty procedural work.

Fat could have been trimmed, though – a less indulgent editor would have cut Larsson's overzealous inventories of every meal and the exact layout and furnishings of apartments and work spaces. And Larsson, who identified himself as a feminist, makes painfully explicit here his commitment to championing female equality, signaled by an unnecessary framing device that details the history of women in warfare: "Hardly a war has been waged without women soldiers in the ranks." The ranks here include Salander, the sociopathically prickly and guarded hacker who took a bullet to the head at the end of part two; series regular Erika Berger, Blomkvist's editor and part-time lover; and a government investigator who doubles as a new bedmate for Blomkvist, that improbable cocksman. (Schlubby journalists everywhere smirk at the wish-fulfillment – and now we hear Brad Pitt's circling the role for an English-language adaptation?) As ever, these women are tough, tart, and indelibly drawn, which is why Larsson's braining of the reader with women-warrior factoids comes off as superfluous. Hornet's Nest still satisfies – especially in its revelation-larded final third – but it leaves one a little wistful for the gosh-wow newness of the first book.