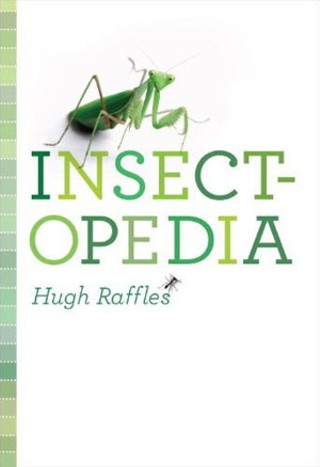 If you pick this book up expecting some kind of comprehensive field guide to Our Little Arthropod Friends, dear reader, you're going to be shit outta luck. But if you're the type who'd pick up a book with that expectation in the first place, this thick and fascinating volume might be exactly what you were looking for without knowing it.

Hugh Raffles – author of In Amazonia: A Natural History, anthropology teacher at the New School for Social Research, a man whose work's been included in Best American Essays – has gathered a collection of his deeply researched essays about the various human subcultures surrounding, dealing with, or predicated on insects.

You'll learn about Cornelia Hesse-Honegger, the watercolor artist who paints, almost obsessively, an ongoing record of morphological differences in fruit flies and leaf bugs allegedly mutated by the leaked radiation of Chernobyl and other nuclear reactors. You'll go ringside among the managers and promoters and suppliers of Shanghai's underground cricket-fighting community and learn the tricks and traditions of that contraband trade. You'll see the covert and overt ways in which Hitler's World War II propaganda ministers set about equating Jews with vermin of all sorts but, especially, with lice. You'll learn exactly how the signals of honeybees' famous "waggle dance" were deciphered and how they relate to language. You'll catch more of a glimpse than you might desire of the modern-day ("Live on Fox!") misadventures of "crush freaks," a rather bizarrely focused group of folks like some microcosm out of Krafft-Ebing's Psychopathia Sexualis.

Raffles immerses himself in the worlds of his subjects – whether via vicarious, record-based research or through in-person travel and extensive interviews and camaraderie – and reports on what he finds and what he experiences in lucid and often beautifully constructed prose. You get, early on, a sense that the author's not just a champion of the insects this book is ostensibly most concerned with but also of many of the people who involve themselves in the lives of the often-scuttling, sometimes-flying, creepy and chitinous creatures. This is not a specialist's handbook, although entomologists would benefit from the deep knowledge in it; this is a fine collection for general reading, and we can't recommend it highly enough.

Perfect Liberty
To find themselves, the subjects of this year's rock docs found that they had to follow their own sound 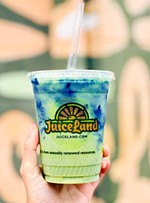