First-time novelist Rachel Sherman opens Living Room with an awkward teenage scene between the stereotypical pretty girl and the homely one, skillfully setting a mood of discomfort and self-doubt that is present throughout the work. She puts three generations of a Long Island family under a microscope, and the magnification reveals an unfortunate reality for the suburban female in America.

With narratives interwoven, we see a female member of each generation as she is at present, with only her memories of herself as backstory. Having given up on attaining her mother's approval, 15-year-old Abby struggles to feel socially accepted, at times unsure whether she is having fun, compromising herself, or both. Abby maneuvers through typical and predictable teenage behavior, but Sherman's lack of dramatization lends a sense of authenticity to the character that many authors miss when attempting to capture the experience of adolescence.

Abby's paternal grandmother, Headie, is given similar treatment by Sherman. We learn without sentimentality that Headie has spent her life simply surviving and that she is now alone in her descent into senility, left to watch people dance in her peripheral vision as a nod to Charlotte Perkins Gilman's "The Yellow Wallpaper," mentally trapped by men who are no longer alive. Headie's story is particularly distressing because she is a strong and opinionated woman who nevertheless yokes herself to men who don't fully love or appreciate her, and we find her forgiving her daughter-in-law Livia's weakness because a "man's job is to be strong; a woman's is to keep his secrets."

The only secrets Livia seems to be keeping, however, are her own. Although Abby's mother is a woman-child with little self-awareness outside her extreme dissatisfaction, her experience is not unusual. Livia reveals feeling that she'd be a better person if people saw her as a better person, because she lives as others see her. Which, perhaps, is Sherman's point. If anything, Sherman can be faulted for presenting stereotypical characters mired in middle-class ennui, but the stereotypes are honest, and the point may be that we, especially women, might not be so miserable if we were more self-aware and did not make life choices based on others' expectations. Whether that is an issue to be dealt with by the individual or the culture is another question entirely. 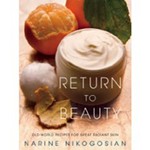