How to Paper a Powder Room

Tweet
print
write a letter
This season, you'll likely entertain friends, family, co-workers, and party crashers. In anticipation, you've fretted over flatware, stewed over how to strew the tinsel most artfully, and scrutinized what your coffeetable books say about you. But have you considered how commodious your commode is? That is, in relation to its reading materials? Yes, you could just stick with the months-old New Yorkers and L.L. Bean catalogs crowding your porcelain top. But why not step up your game with a stack of new release books specializing in the short attention span? 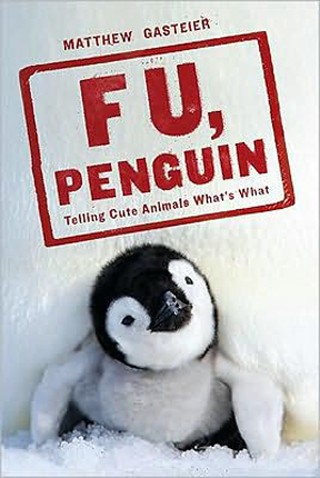 
The gimmick: Cute animals plus bilious snark, proving you can have your cake and eat it too.

The goods: Just as he does on his wildly popular website FUPenguin.com, the black-hearted Gasteier fills F U, Penguin with snaps of adorable animals both domestic and wild – you know, the kinds that have launched a thousand ICanHasCheezburgers – and then snaps back at them, with withering cutdowns handed out to "self-satisfied lambs" and "jaded hipster owls."

Lost in translation: There's really no way of conveying the pure pleasure of F U, Penguin without reproducing in toto the insanely cute pictures coupled with Gasteier's fun foul-mouthery, but we'll try: Imagine a squirrel standing on all fours, looking for all the world like a fresh-faced Boy Scout just hopping to help a senior citizen across the street. And then Gasteier's riposte: "Squirrels that try to be productive members of society can suck it." 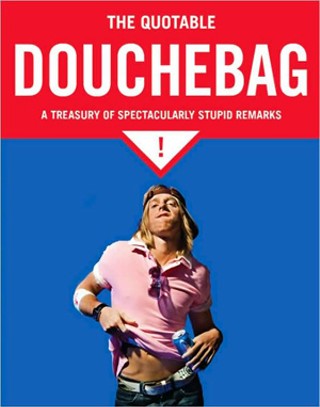 The Quotable Douchebag: A Treasury of Spectacularly Stupid Remarks


The gimmick: Out of the mouths of celebrities ....

The goods: The offenders are mostly male and mostly predictable – Vanilla Ice, Dick Cheney, Spencer Ass-Pratt, Vincent Gallo. But Czech writer Milan Kundera (The Unbearable Lightness of Being) gets d-bagged for admitting to the pretty universal sentiment of "I find myself fascinating"? We call foul.

There's poetry in them thar lines: "My skin is more beautiful than yours. I would be quite more popular in jail if I so chose." – Kiss' Gene Simmons to NPR Fresh Air host Terry Gross 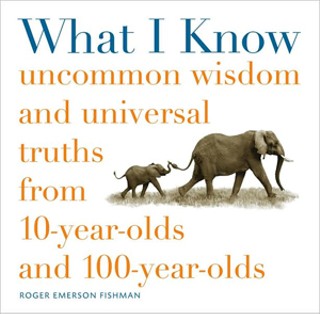 What I Know: Uncommon Wisdom and Universal Truths From 10-Year-Olds and 100-Year-Olds


The gimmick: Kids say the darnedest things, and so do their grandparents.

The goods: The appeal of this inspirational book tips more toward members of the century club – younger generations will have a hard time swallowing so much earnestness untipped in irony – but the quotes from kids on subjects such as integrity, perseverance, and parenting can have the sweet, rambling quality of fortune cookies translated to twice the size of the original aphorism.

The song stays the same: 99-year-old Ben Bernke on why he picked up the banjo at age 72: "I started hanging around seniors' centers, and I noticed that the musicians were the ones having the most fun." 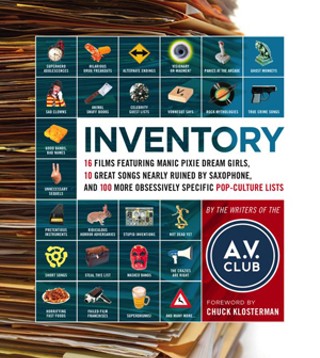 
The gimmick: The perfect storm of hipster plus egghead plus obsessive-compulsive disorder.

The goods: These are lists skipping from hyperknowledgeable ("Not Dead Yet: 8 great films made by directors after they turned 70") to wonderfully weird ("Helen Hunt Thinks She Can Fly: 10 hilarious onscreen drug freak-outs") to smirkingly juvenile ("Achtung BJ: 9 lyrics from U2's Achtung Baby that might be about oral sex"), all reprinted from www.avclub.com, the pop culture arm of The Onion, only without the annoying dead space between page loads or the even more annoying comment section (firsties can suck it, too). New to the book are guest lists from the likes of Daniel Handler ("10 Song Titles With Altered Meanings Due to Parentheticals") and Patton Oswalt (the rather thoughtful "6 Quiet Film Revolutions"). 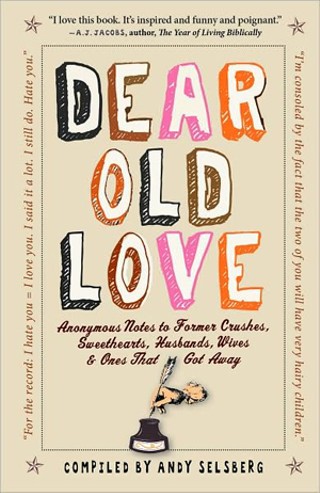 Dear Old Love: Anonymous Notes to Former Crushes, Sweethearts, Husbands, Wives, & Ones That Got Away


The gimmick: On Selsberg's site DearOldLove.com, disgruntled lovers get the last word in, even if it's only the Internet listening. Selsberg culls the best bits here, from billets-doux to rubbed-raw fuck yous, and justifies the leap to hardcover thusly: "because ruminations on love are best digested at the speed of literature, with ink on paper."

The wistful: "I would have been happy with our secret love affair forever. We could have secretly moved to California and had secret jobs on a secret vineyard."

The kinky: "Thanks to you, inhalers turn me on."

The inscrutable: "Your maiden name lives on hard in my fantasy world." 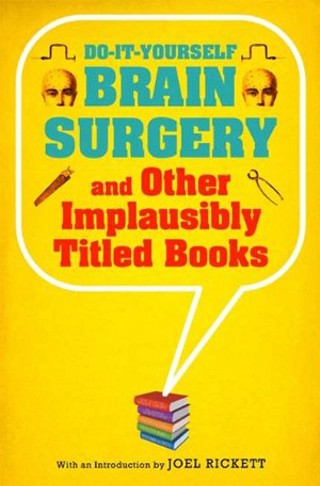 
The gimmick: Collects winners and finalists for Bookseller magazine's annual Diagram Prize, which has been celebrating excellence – well, excellence in oddity – for book titles since its inception at the Frankfurt Book Fair in 1978.

The goods: This pint-sized picture book intelligently keeps the text to a minimum, allowing the full-color reproductions of book jackets do the talking. Because, really, Bombproof Your Horse and The Sexual Politics of Meat: A Feminist-Vegetarian Critical Theory need no embellishment.

Best in show: No doubt anticipating readers' first reaction ("why, God, why?"), Knitting With Dog Hair makes its own case on the cover: "Better a sweater from a dog you know and love than from a sheep you'll never meet." Somebody get that twisted logic a treat.

"A first edition of Charles Darwin's Origin Of Species which languished for years in an Oxford toilet will go under the hammer tomorrow.

"Christie's auction house said the book, which is estimated to go for up to £60,000, was bought by a family for a few shillings in a shop in the West Country 40 years ago.

"A spokesman said the book had been kept on a bookcase in the guest lavatory at the family's home in the Oxford area."