In this comic novel set in the underworld, Butler swings for the fences but creates little more than a breeze 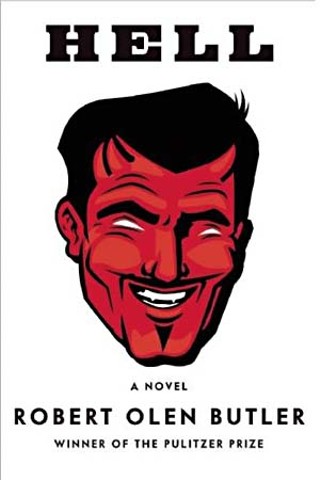 
Setting a novel in hell takes confidence. The kind of confidence that a Pulitzer Prize instills in a person, no doubt. That could be the reason behind Robert Olen Butler's recent literary descent into the fiery afterlife. Or perhaps he just felt it was time someone updated the long since dated denizens of Dante's Inferno. Either way, Butler swings for the fences but creates little more than a breeze.

The action follows ex-TV newsman Hatcher McCord as he stumbles over the afterlife's many tripwires in hell. If he's not reluctantly introducing fluff news pieces about the populace of Hades, then he's stumbling around the bedroom with a loose-headed Anne Boleyn or trying to figure why exactly he's doomed for eternity (a popular pastime in hell). In fact, heaven is so packed with sinners no one can think of anyone left to keep God company. All this leaves McCord with little hope, until he scores an on-air interview with Satan himself. Like in the Inferno, it becomes apparent that while Satan is surely ground zero for evil, that doesn't make him all-powerful by any means: a realization that sets into motion a daring escape plan that includes no shortage of historical figures and pop-culture icons.

Many references will surely date the book, but cursing contemporaries to damnation didn't start with South Park. It started with Dante himself. Snoop Dogg (who inspires Butler to pen the book's worst comedic moments as the reader is cursed to read "shizzle" jokes) sits in the contemporary pantheon of pop culture much in the same way Guido da Montefeltro resided in the 14th century equivalent of gossip rags for his bad papal advice. The Inferno likely was that gossip rag, but at least it had legs. Hell instead trips over its own ambitions and never adds another layer to the otherwise palpable underworld of claustrophobia, paranoia, and pain Butler creates. There are laughs to be had for sure, but as the final chapters start reaching for meaning, it becomes obvious that "carpe diem" platitudes are still platitudes, even when spoken from an edgy and personal version of Beelzebub's backyard.

Robert Olen Butler will appear at the Texas Book Festival on Saturday, Oct. 31 (2:30-3:30pm, Senate Chamber), as part of the panel The World as It Isn't. For more info, visit www.texasbookfestival.org. 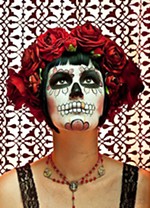 Fun for the Whole Family
Traversing the Texas Book Festival