Glen David Gold follows his bestselling Carter Beats the Devil with another historical novel, this one starring Charlie Chaplin 
The problem with historical fiction is the easy denigration from playfully intelligent writing to pointless prose trickery. Authors should be required to justify their use of the historical figures, ensuring that LBJ doesn't collide with Forrest Gump any more than necessary. The effect on the reader of such forced insertions goes from "oh, cool" to "why, oh why" in no time.

Glen David Gold follows his bestselling Carter Beats the Devil with a novel that retains the historical context but ups the stakes by putting an even bigger historical figure at the fore: Charlie Chaplin. Instead of using the Little Tramp as a cute crutch to push his ideas about the rise of war propaganda and the rise of celebrity, Gold creates a uniquely human character. The novel follows a cast of characters (all listed at the beginning as opening credits), their experiences with World War I and Hollywood, and the effects of both on love and one's perception of the world.

The opening passages describe the mass hysteria of Nov. 12, 1916, when Chaplin was spotted all across the country. From there, Chaplin tries to live up to the hype one pratfall at a time without falling into the widening jaws of the major-studio conglomerate. And as career pressures mount, so do his personal responsibilities. Stars Mary Pickford and Douglas Fairbanks, along with Secretary of the Treasury William McAdoo, travel in orbits of annoyance, obsession, and confidence around Chaplin but reinvent themselves into a powerful force in the rapidly evolving world of movies.

Meanwhile in Europe, fame is earned in courage and/or death for the novel's other leads. War obliterates the nearly realized dreams of a struggling Hollywood actor turned reluctant soldier, Leland Duncan, while another soldier, Hugo Black, finds himself on the blurry front lines of the concurrent war in Russia. Both men find that the idea of the "war effort" seen in newsreels bears little resemblance to reality.

Sunnyside's correlations to today's cultural issues are never forced but resonate soundly nonetheless. The unchecked and feverishly encouraged nationalism of early 20th century America is startling, and yet the chapters focused on the cult of celebrity would be laughably tame if not for Gold's gentle foreshadowing and picture-perfect descriptions of young Hollywood's id.

The closing credits are a gift to those of us who may not be versed in Chaplin's biography or World War I's finer points, with Gold categorizing the major plot points into historical or fiction, a gesture that heads off a trip to Wikipedia for a fact-checking session. 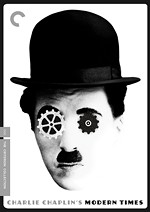