Where the Line Bleeds: A Novel

A different voice tackles the Mississippi blues, with varying effect 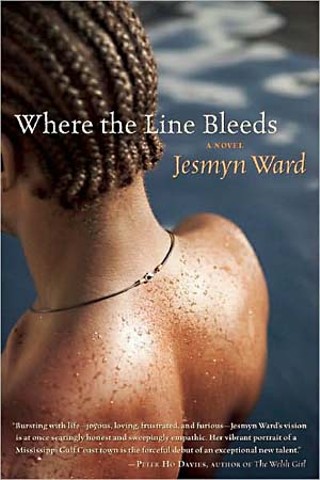 Where the Line Bleeds: A Novel


The debut novel by Jesmyn Ward (a Stegner Fellowship recipient and Mississippi native), Where the Line Bleeds, plays out the hard circumstances of twin brothers growing up poor and black on the Gulf Coast of Mississippi. They've just graduated high school and are embarking into what seems a quickly shrinking range of opportunities as they struggle into adulthood. Ward's language is strikingly florid, testing the full capacity of a Southern Gothic style (exceeding its capacity, in fact) that recalls William Faulkner. The anomaly here – of a female, black author invoking the (white) father of Southern letters to explore the world of a poor, rural, black family – is an exciting proposition, with original and subversive implications. Specifically, for Ward to appropriate this literary form for her artistic purposes seems to push against the typically one-directional phenomenon of (for instance) millions of white men mimicking gut-rot Delta blues. However, well into the book the exciting potential of such friction remains exactly that: potential.

Seeking to define themselves, the two brothers strain at the confines of an environment where job prospects consist exclusively of dock work, fast-food restaurants, and drug-dealing. The variance in their paths soon sets them deeply at odds. Tension reigns in the kind of living neurosis manifested through humidity and very loud cicadas. Herein lies Ward's poetry, but also her weakness, as she portrays an oversaturated landscape. "The bayou ... eclipsed the horizon, and sizzled with cicadas and crickets." Grasses in the marsh "catch the light and turn from green to gold to rose to wheat." In selective strokes, such descriptions would soar, but they are instead universally applied, to stultifying effect. In the end, the relentless embellishment feels forced, burdening any fleeting gesture and cloying any straightforward exchange. There are unintended consequences as well, aggrandizing what should be simple scenes to near-comic effect.

Ward is an author to watch, to be sure, as one readily anticipates her sense of proportion and emphasis will gain subtlety. In its current expression, however, her overburdened style does not ever escape the glut of adjectives. With that said, this reviewer would rather read such a distinctive voice portraying an underexplored landscape than another white author talking about ivory-tower malaise, any day. 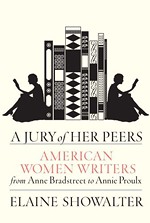 A Jury of Her Peers: American Women Writers from Anne Bradstreet to Annie Proulx
This impressive new history makes the case for more space and permanence for women in halls previously ruled by Melville, Twain, and Hemingway 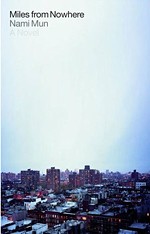 Miles From Nowhere: A Novel
This debut novel is a brutal portrait of a Korean-American teenager living on the streets