Traffic: Why We Drive the Way We Do (and What It Says About Us)


People found humor in the opening traffic scene of 1999's Office Space because of the adage "It's so true!" You leave your house 10 minutes earlier than usual to get to work 10 minutes late, and during this 20-mile, 64-minute commute, you've witnessed three fatal accidents, almost gotten into four, and the whole time the other lane was moving faster, no matter how many times you switched lanes.

For journalist Tom Vanderbilt, traffic used to be an annoying fact of life, something that left his mind once his key was out of the ignition or his bike locked up to a pole. Then one day he spontaneously decided to ignore the "Merge Now" sign on a soon-to-be-one-lane highway and zoomed past all of the obedient early mergers, eventually merging into the lane far ahead of the congestion. Questioning his own morality, Vanderbilt embarked on a worldwide road trip destined to understand the sociological mechanics behind traffic problems and why they exist everywhere. Vanderbilt's lengthy cultural analysis is a result of extensive research and soul-searching. He interviewed traffic engineers and NASCAR racers, rode in robot cars, and hung out in animal laboratories to learn why various species of locusts and ants never get into traffic jams.

Predictably, Vanderbilt's quest produces more questions than it answers, but throughout, it's a fascinating ride. Why is it that the anonymity of being inside a car is an automatic license for rudeness, racism, and sexism? Why do we call it an "accident" when a drunk person driving at 80 mph in a 30 zone slams into another car? But above all, are all late mergers going to hell? For this question, consider the ants: They don't seem to have a problem letting a brother pass in order to improve the flow of traffic. 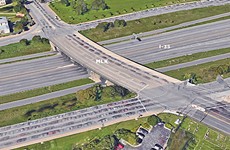