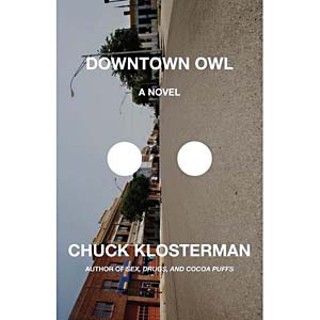 
In an interview with the Chronicle two years ago (see "Truth and Inconsequences," Sept. 22, 2006), Chuck Klosterman revealed his next book would be a piece of fiction, stating, "I often use my life as a literary device, and the problem with that is as my life changes, what I want to write about has to change." Klosterman's best known as a critic with a healthy number of pop-culture-obsessed books and magazine columns under his belt. He's a tireless fan of lists and paragraph-long footnotes, though he can usually navigate a witty detour via obscure factoids to keep you from noticing. That style of narration is the main obstacle in his first novel, set in the sleepy North Dakota town of Owl over the span of 1983 to '84: It's hard to tell how much is fiction and how much might be Klosterman's life. His first book, Fargo Rock City: A Heavy Metal Odyssey in Rural Nörth Daköta, detailed his metal upbringing in the gray suburbs of his home state, and Owl's three main characters reside in a similar cultural vacuum. Julia's a frazzled young teacher relocated from Minneapolis; Horace is a retired farmer and widower; Mitch is your average apathetic high school football player with torture fantasies about his coach. And Owl is a place where "everyone knows everyone." Instead of really fleshing out these characters, Klosterman, perhaps out of habit, drops musical and cultural references throughout the book and folds in even more bizarre characters, such as the nicknamed drunkards at the local bar ("Bull Calf," "Little Stevie Horse 'n' Phone") and the lecherous football coach, John Laidlaw. He does try to connect the characters' dots, with varying degrees of success, and every once in a while, he pulls out a nice whip of a sentence that sort of nails them: "His stomach started to feel strange. It felt the way stomachs feel when your wife dies, or when you reach your hand back to get your wallet and realize it is no longer there." When they are all brought together in the final, sudden, symbolic force of nature, we're still no closer to knowing or really caring about them, because ultimately, it's Klosterman's voice driving them along the surface, and it never really goes deeper than that.