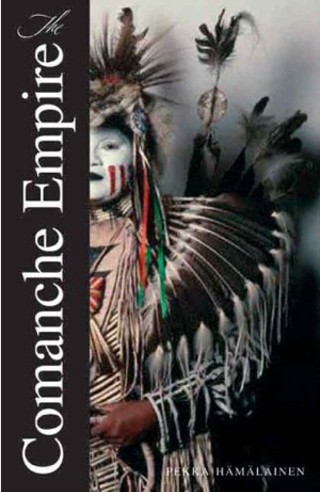 
The Comanche Empire is a hugely important documentary survey of the Comanche Nation, as known from documentary sources between the late 17th and the late 19th centuries. For these two centuries, author Pekka Hämäläinen has repositioned Comancheria as a Central North American empire, rather than painting them as peripheral colonial hangers-on, noble savages, or unknowable illiterates.

The Comanche Empire competed on an international stage with the Spanish, French, Mexican, and American empires. Comancheria encompassed vast territories at the heart of North American colonial capitals of Santa Fe, New Orleans, and the Mississippian east. But can an entirely nomadic people have an empire? The author assembles a good argument that it can.

Hämäläinen shows that the Comanches' borders were strictly enforced for two centuries by very political forms of violence and extortion, along with fusion, adaptation, and expedient alliances. The Comanche were allowed an equal footing in the Colonial era along with the Euro-American powers. By removing the anthropology, material culture, and social history from this study of the Comanche, the author finds room to plunge deeply into the political archives of the time and tell the reader how Comancheria functioned as the midcontinental power brokers of the 1700s and 1800s.

By the 1760s, the Comanche had a capital in the Big Timbers of the Upper Arkansas River. They were extensive traders with multiple seasonal villages in place by the 1750s. By remaining mobile and away from coastal areas, the Comanche made it through the plagues of the 1740s, and that is where their documentary history as an empire begins. Using long but unobtrusive notes, bibliographies, and indices, Hämäläinen's documentation is excellent. Academic citation isn't generally used, adding to the readability but occasionally leaving the reader questioning the source of some facts, which is maybe a good thing in a temporally and geographically broad history like this one.

Comancheria expanded, becoming the largest controller of livestock in North America. The Comanche Empire's zenith coincides with the Mexican-American War in 1846. Comanche of this period were more likely than ever before to be slaves of other Comanche, newly coerced allies, or refugees. The arguments for the collapse of Comancheria break down into several limes of speculation, from racism to pestilence and environmental degradation with drought, overgrazing, veterinary disease, and overhunting all taking a toll, without much in the way of firm conclusion. In the end, though, this volume is not intended to be the end-all of Comanche histories but rather a starting point. 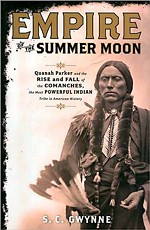 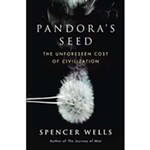