Richard Stark's professional thief is back in action 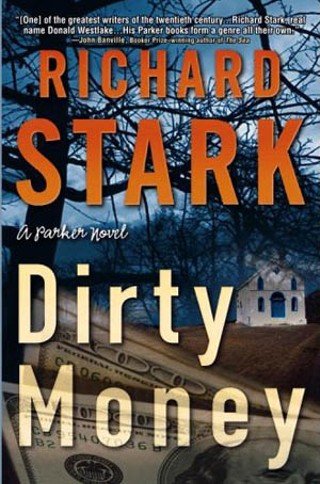 
Parker, the professional thief created by Richard Stark (the pseudonym used by Donald Westlake in his tough-guy mode), has been at large and in charge since his first documented caper, The Hunter, published in 1967. Over the course of more than two dozen novels since, Parker has stolen a mint, killed only when absolutely necessary, and escaped from countless precarious situations. It's enough to make a crook want to go straight – nah, just kidding. His latest caper, Dirty Money, picks up the day after the racetrack heist in the last novel, Ask the Parrot, which itself took place only a week after the big armored-car job detailed in 2004's Nobody Runs Forever. Things went sour after the armored-car job, and the gang split up, hotter than hell, its $2.5 million in loot stashed in a shuttered country church. With the police helicopters closing in, Parker bumped into an embittered former racetrack employee who hid him long enough to plan the racetrack heist in Ask the Parrot. That book was odd in several ways – not the least of which was Parker teaming with a geeky amateur to pull off a job in the same area as his previous heist. Dirty Money is odder still in that he is paired with his paramour, Claire. They pose as "leaf peepers" – tourists who flock to the Northeast to watch the fall color display – and lodge at a quaint bed and breakfast called the Bosky Rounds, run by a Mrs. Bartlett ("just like the pear"). There's a pesky author of true-crime books (Westlake/Stark's sarcasm is never more cruel than when writers are the subject; check out the novel Hook, for example) and a female bounty hunter named Sandra who catches up to Parker and his comrades and demands a cut of the loot but proves to be worth her salt when the going gets tough and bloody. No, they're the furthest thing from choirboys, and yet the plan to retrieve the loot, which involves posing as a charity church choir's delivery van, is so outrageous, you'd have to be a real narc to root for the other side.

Nobody Runs Forever
No. 26 in Richard Stark's, aka Donald Westlake's, Parker series finds the master thief taking us on a thrill ride among armored cars and badass female bounty hunters 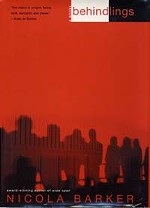 Atonement, Etc. -- Top 10-plus, Special 2002 bonus edition
Books for which we confess our true feelings, reconsider our disdain, or finally find room

Working Beauty
In spinning a fairy tale of gifts, outsiders, and thorns, Bonnie Cullum's own story gets told