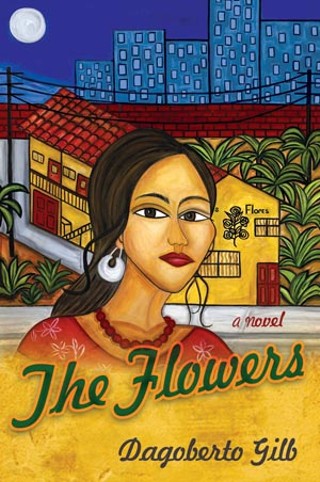 The Flowers: A Novel


From the first measured words of Dagoberto Gilb's new novel to its final, heart-wrenching exclamation, Gilb takes readers through a journey that is both startling and inevitable. Its painstaking start may create impatience in some readers, but once The Flowers gets going, it sails to its wondrous conclusion. An award-winning writer (he won the Hemingway Foundation/PEN Award for The Magic of Blood and was a National Book Critics Circle Award finalist for his book of essays, Gritos), he writes with enormous acuity, heart, and, most importantly, a deep respect for even the most unsavory of his characters and their deeds.

At the center of The Flowers is Sonny Bravo, a preteen who endures his restless mother's string of men in brooding silence. Soon after the book begins, Sonny moves with his mother to live with her new husband, a man who owns the small apartment building the book is titled after. "The Cloyd" (as Sonny calls his stepfather) quickly gives the boy a job as a handyman, and Sonny discovers he likes the straightforward work. It allows him escape from the apartment he shares with his mother and stepfather, while giving him the chance to peek into the various tenants' lives and observe their interactions, a microcosm of the larger, outside world.

Gilb has a keen ear for language and a brazen sense of humor that continually pleases. But it's his sharp, expectation-defying portrait of Sonny that is the most provocative. Street-smart but filled with uncultivated curiosity (he decides to learn French and see Notre Dame some day), Sonny is a boy of few words. The reader gets to know him intimately through his interior, unfiltered musings and ends up knowing him much better than most of the other characters, who believe they know him. Sonny develops several key relationships throughout the book, but it's his relationship with his upstairs neighbor Nica that is most tender. His love and care for her well-being, juxtaposed with a street riot, drive the final pages of the book, making the narrative flare like a bottle rocket. Upon reaching The Flowers' end, the reader is left with little choice but to close the book cover with a final, satisfied, "Damn!"

Dagoberto Gilb will be reading on Tuesday, March 4, 3:30pm, at Texas State University-San Marcos in the Southwestern Writers Collection of the Alkek Library, and on Wednesday, March 5, 7pm, at the Ruiz Branch of the Austin Public Library (1600 Grove).