In Remembrance of Raúl 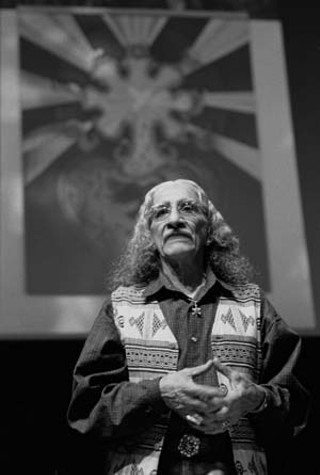 I received a phone call the morning he died from "sistah scribe" María Limón, who was making the calls from La Peña. I immediately called the Chronicle's Books editor as the paper went to press on Wednesday. This was big news. The poet and owner of Resistencia Bookstore, home of Red Salmon Arts, was also a teacher, a community and social activist, a mentor, a sprite, un vato loco, an inspiration, a husband, a compadre ... too many labels to mention. Raúl Salinas is known and respected around the world.

After I'd done my job, a peculiar second thought came into my head. Maybe María was joking. How dare she put me in this position of calling my paper with news that was a hoax. Deep down, I knew that wasn't true, but I wanted a reason to be angry with her. When I reached her, she assured me, in the gentlest manner, that it was true. Raúl was dead. And then the tears came.

Raúl had been sick for many years, keeping at bay the liver cancer that had come upon him a few years back but which returned with growing ferocity two years ago. Raúl was a fighter, which explains why he lasted so long. News of his death was not a surprise, but it was still a shock. 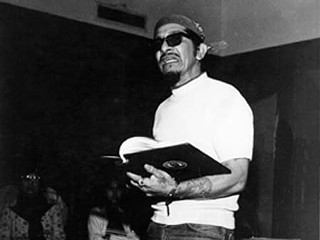 Salinas at the University of Wisconsin-Madison in the late Seventies

The day of his memorial service, his son Larry read a poem he wrote to the assembled mourners. In it, he wondered: Who was this man who was such a good father, mentor, and guide to everyone else, while painfully absent to him in his youth? His words brimmed with righteous anger, raw tenderness, and awe for the man so many of us had the pleasure of knowing and learning from, while his son starved for his presence. It was the kind of truth telling, I think, Raúl would have respected.

When it was my turn to offer Larry my condolences, I told him, "I always respected your father, but I didn't realize how much I loved him."

Below are a few remembrances of Raúl. More can be found on The Austin Chronicle website at austinchronicle.com/chronic. Several other blog posts and e-mails about Raúl are already flying in cyberspace, which is funny, since Raúl was no "high tech Aztec." He preferred pen and paper. I like to imagine Raúl's spirit flying around now, alighting once in a while to literally surf cyberspace to check out what "the young ones" are saying about him.

Raúl Salinas was a poet of the most serious kind. He knew that poetry was a matter of life and death. He knew that neither would wait for poetry. He was a man who spoke the truth that came to him from the dust of the earth he walked on. He was a poet of struggle, who did not put poetry in one pocket and struggle in the other, because he knew that one would get nowhere without the other. Raúl was a poet of freedom; he embraced it as only those who have known prison can embrace freedom. He was a poet of justice, who knew that poetry always has some business to do with justice and that justice is always in some way poetic. Raúl, we mourn you. We miss you. But we keep more than we lose. Not just your words, but the light, the fight, the strength. Paz y gloria, Raúl. Su alma se liberó y brillará para nosotros, una estrella. – Linda Backiel, attorney & writer, San Juan, Puerto Rico

Raúl Salinas was a selfless, passionate, and genuine fighter. His literary influence leaves behind a tremendous legacy for us to keep alive in the hearts of our community. His laughter and love will be greatly missed, but his words will continue to inspire generations to come. – Emanuel Xavier, spoken-word artist and poet, Brooklyn, New York

The last time I saw raulsalinas was outside Las Manitas Cafe the Wednesday before he passed away. I was just leaving after having a bowl of their Wednesday special, the Sopa Tobasca. It is sooo good. With its chile base, it is pretty

picoso, perfect for my chilero self. He saw me and gave me the cholo saludo – a quick up tip of the head. When I told him I came for the sopa because we all needed something to warm up, he said that's the reason he goes to Las Manitas as many Wednesdays as he can. The Sopa Tobasca is his favorite. Well, with that, I had to give him a big hug because you don't always find other chileros even among Chicanos. His last words to me that day in between squeezes were, "Be cool!" Que viva el mero mero chilero! – Celeste Guzmán, poet and assistant director of development, University of Texas Press, Austin, Texas

I am proud to have been one among many protégés adopted by a man who taught with examples and regañada and music and poetry. Part Che Guevara, part Pablo Neruda, he was the co-founder of a small group we called los literalocos y literatontos. He kept me off the streets and out of trouble while putting me to work at Resistencia Bookstore. We celebrate his life, his friendship, and the words he left us. – Abel Salas, freelance writer, Los Angeles, California

We are saddened by the passing of our friend and colleague, raúl salinas, premier poet, community activist, and as poet José Montoya might say, "un bato de atolle." Raúl and CMAS had a long history of collaboration. ... More personally, I shall never forget his kindness to me and my late wife during her own illness. CMAS will be hosting an event in his memory in the next two weeks, details TBA. – José E. Limón, Mody C. Boatright Regents professor of American and English literature and director of the Center for Mexican American Studies at the University of Texas, Austin, Texas

Raúlsalinas has finished his work here. He has continued his soul journey. I like to believe that he is now spending time with others who left here earlier ... pain-free and carefree, looking around the main banquet room of the convention center of heaven. He moves to a table to visit with some fellow Tejano writers. He sits for a while with Ricardo Sánchez, Américo Paredes, Tomás Rivera, Gloria Anzaldúa, José Antonio Burciaga, Estela Portillo Trambley, Ariteo Brito, Arturo Islas, Lalo Delgado, Jovita Gonzalez, Abelardo Baeza, and Sara Estela Ramírez. He listens, he speaks, he smiles. After a while, Raúl hears music. He sees Lydia, Freddy, and Selena. He sees yet another table where Frida is sitting with Chelo Amezcua and Luis Jiménez. Over there, could that be Emma Tenayuca? Raúl moves on. – Sherry York, retired school librarian and writer, Maverick, Texas

Every summer, PODER'S Young Scholars for Justice visits Resistencia Bookstore to sit and talk with Raúl and buy books. Through the Save Our Youth program, Raúl was able to facilitate poetry workshops for different youth encuentros with us. He always encouraged me to continue writing and to be proud of who I was as a young Chicana. – Erika Gonzalez, co-director of People Organized in Defense of the Earth and Her Resources, Austin, Texas

I loved my big brother raúl, and I will miss him. – Dagoberto Gilb, essayist, novelist, and short-story writer, Austin, Texas 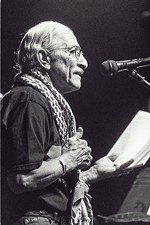