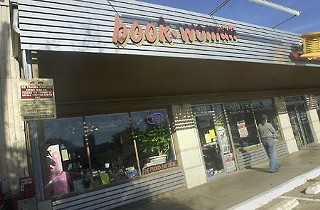 The other day a "tall, handsome stranger" left an envelope at BookWoman. Susan Post, the bookstore's proprietor, didn't see the man and pushed the envelope aside repeatedly as she went about the routine of running a small business. Finally, as closing time approached, she opened it and discovered a $5,000 donation. It was a lifeboat for the only feminist bookstore in Texas – and one of only a handful remaining in the country – which, facing the end of its Downtown lease and mounting debt, is again asking the community it has nurtured to nurture it back.

BookWoman was conceived in 1974 by Nancy Lee Marquis and Cynthia Roberts as a feminist book collective dubbed then the Common Woman Bookstore, a name that came from Judy Grahn's poem: "The common woman is as common as the best of bread/and will rise." Post wasn't part of the original group but was instead an admitted introvert who'd found herself a quiet life working in the University of Texas' library system. She was asked three times to join in and help organize the collective's small clutch of books. "I wasn't a joiner," she says, "and I didn't know a thing about ordering books." But the third time proved the charm. She attended a small meeting, overcame her shyness, and took off on a path that has consumed her life since. As the collective members fell away, she was left running the store from her home, then was joined by Karen Umminger, and the two opened BookWoman on East Sixth Street in 1980. Now run again solely by Post, the latest location on 12th Street near North Lamar may be the last, if a drive to raise $50,000 by mid-December isn't met or if a suitable new home can't be discovered. Just before Thanksgiving the total was at about $20,000.

It's not the first time BookWoman has asked for help. A similar call went out in 2004 and kept the store financially moving forward. Why the problems again? Post sees challenges on two fronts: Independent bookstores are finding it difficult to survive – remember Congress Avenue Booksellers? Garner & Smith? Europa? – in a Barnes & Noble/Amazon.com corporate world, and Austin's rapid growth and resultant spikes in property-rental costs cut into the profit margin. "This has been slow and gradual," Post says of the store's financial woes. "It's hard to acknowledge and talk about." But Post got a pep talk recently from a longtime customer, and that sparked a meeting of about 25 people who came up with a plan to keep the store alive. T-shirts have been printed. SaveBookWoman.com launched. Cash donations pledged. New store sites – so far unsuccessfully – scouted in Central Austin, a location Post sees as vital for a store that thinks of itself as on the crossroads of Austin's diverse population.

Oh, and what does Post make of the largest donation to date coming from a man? It's fitting, she says, since the store has always welcomed people of both sexes and all skin colors while concentrating on a feminist ethos. "Lots of men shop here," she says. "Feminism wants to liberate all people. It's an ongoing crusade. Women's equality and access to information remain important."

Post has become, in a sense, an archivist for the feminist book movement in Austin. There was the time BookPeople generously deferred to BookWoman to organize a visit by Alice Walker that resulted in a partnership with Folktales Bookstore and a full house at Huston-Tillotson University, plus a reception at BookWoman. Or the packed store during visits by Gloria Steinem. Or the joy of discovering relatively unknown poets like Cindy Childress. Or the basic knowledge of the books that came before – Post is a visual thinker who remembers them by their covers.

"Acts of grace guided me," Post says of the more than three decades she has invested in BookWoman. "I learned everything on the job, and my education has continued every day. I think there's a future in the store. Women need a safe place to grow, to learn, and to give back to the community." She hopes that place still will be called BookWoman. 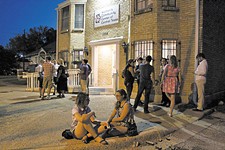