Carry On, My Wayward Tongue

Michael Erard on 'Um ...: Slips, Stumbles, and Verbal Blunders, and What They Mean'

Michael Erard will be at BookPeople on Tuesday, Sept. 18, 7pm.

Austinite Michael Erard's book Um...: Slips, Stumbles, and Verbal Blunders, and What They Mean (Pantheon, $24.95) has garnered significant attention for the way it represents the most human thing about us: that we err and err again, especially verbally. However, as Erard points out, errors make for a rich slice of life. A linguist who earned his Ph.D. in English at UT, he's also a journalist who writes about language at the intersection of technology, policy, politics, law, and science. He is a contributing writer at The Texas Observer, and his work has been featured in the Chronicle, The New York Times, Rolling Stone, Wired, New Republic, Atlantic Monthly, and Slate. His fiction appeared in the anthology New Stories From the South: 2000 – The Year's Best, and he was runner-up for the Dobie Paisano Fellowship in 2006. Recently, Erard has done a number of interviews for radio and TV – for this publication, he responded to questions via e-mail – and, as if on cue, verbal blunders have slunk past their owners and onto the airwaves.

Austin Chronicle: You've taken a different approach to verbal blunders than many previous books have – your focus is on the ways verbal gaffes are symptoms of being fully human.

Michael Erard: Gary Dell, a cognitive scientist at University of Illinois who has done a lot of work on speech errors, puts it this way, which I think is great: In order to be able to produce novel language, which we do every day, all the time, our language systems have to be flexible, but that same flexibility means that sometimes you get novelty when you don't need it or anticipate it.

AC: In fact, you ask sympathy for our wayward tongues.

ME: I'm asking for the range of reactions. How does these things happen? How can I extract information from them? How can I make money from them? Am I normal? The whole basic approach to speech errors (or accidents in speaking) and disfluencies (the hesitations and interruptions of speaking) has been either to list them, to laugh at them, or to judge them. It turns out there are more interesting and productive subtle ways of talking about talking. It also turns out that the things we call "errors" have a cultural history to them – note that avoiding "uh" and "um" in speaking wasn't something Americans did until the early 20th century.

AC: You point out our Spooner didn't actually say the many "spoonerisms" that are attributed to him. Is this another example of Freud's ideas about the uses of humor, to create a kind of rampant and exaggerated world of blunder to ease our anxieties about ourselves?

ME: So it's well known that people notice far fewer speech errors than actually occur. On an individual basis, our attention to these moments flickers in and out. I also think there's a kind of cultural attention to errors that comes in and out of focus. Some individuals (some real, some fictional) or groups give their names (or have them taken) for some errors or absurdities – for instance, the "Irish bull," which is a sort of nonsense saying like, "I hope I never have to see my wife become a widow," or a Wellerism, which is named after a Charles Dickens character, which, according to Merriam-Webster, is "an expression of comparison comprising a usually well-known quotation followed by a facetious sequel," such as "Short visits are best, said the fly as he lit on the hot stove" or "I don't remember seeing you before, as the lawyer said to his conscience." Wellerisms flourished in American newspapers between 1840 and 1880 and were the elite's way of making fun of the popular use of proverbs.

AC: Were there monumental blunderers you didn't include in the book because of limits of space or because of the scarcity of secondary sources?

ME: There are some apocryphal stories related to famous blunderers which I didn't include. We all know about Reverend William Archibald Spooner, for whom the spoonerism (such as the time he announced a chapel hymn as "Kinkering Congs Their Titles Take") was named. Fewer people know about his younger brother, Sir Evelyn, who left the family business for India in 1860 to became a colonial administrator and ended his life in a tea plantation in Ceylon. In his day he was a more extravagant blunderer than his brother – in fact, family letters suggested that he departed for the colonies because his absentminded reversals had caused so much social and emotional turmoil in his Victorian surroundings. He was said to resent how William's spoonerisms gained him international notoriety and once told someone that "the spoonerism was maimed after knee, sea I may, and Willie's tolerance shouldn't be affronted."

AC: Have you lost your sense of humor while sympathizing so much with blunderers, as one critic suggested? 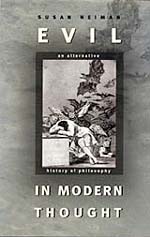