Dorothy Allison and more at the Jump-Start Performance Company

It was an admiring audience that welcomed Allison to San Antonio's Jump-Start Performance Company last Saturday night. And the stories she came to tell were not scary but overflowing with hope, compassion, and unbridled honesty. The author of critically acclaimed works like Bastard out of Carolina, Skin, and Cavedweller, Allison was in San Antonio for Macondo, the annual gathering of writers launched by Sandra Cisneros. Allison's appearance ended a week of workshops and seminars for Macondo participants (this writer among them). The Jump-Start performance was one of two public events featuring Macondo workshop leaders (poet and musician Joy Harjo was the featured writer/performer at a Friday night reading held at the Esperanza Peace & Justice Center).

The Jump-Start Performance Company was named for Allison's 1996 memoir, Two or Three Things I Know for Sure, about growing up poor and white in South Carolina, the hardscrabble life she observed around her, and the wisdom and wry humor of those who most influenced her.

"We don't have a family Bible?" the young Allison asks her mother at one point.

"Sometimes, we don't even have a family."

Allison says she specifically wrote Two or Three Things I Know for Sure for a live audience. This is clear upon hearing the work. Allison has an ear for talk, the rhythm and flow, the warm eloquence of those who have not learned how to use language from books but have depended on their good common sense and honest experience to tell their stories. Jump-Start members Kim Corbin, Sandy Dunn, Monessa Esquivel, and Annele Spector ably brought the selected excerpt into full relief, performing against a backdrop of richly colored quilts. A paint-chipped picnic table served as a riser, a place to prepare laundry, a desk, and a table where Allison's women gathered for talk.

But the real treat was hearing Allison read. Besides an additional selection from Two or Three Things, Allison read an excerpt from her new novel, She Who. In this, she captured one of those rare, frank conversations. Two adult sisters revisit the events of their life over cans of beer with some regret and a whole lot of heart. These conversations usually make no sense to anyone else; they're steered clear of when you happen upon them in real life. But in Allison's hands, listeners are drawn in, hearing two sisters who might not have understood each other as much as they thought they did, who were sorry for all they did and didn't do, who came to realize that the people they most needed to forgive were themselves.

In addition to Allison's work, the Fire on the Mountain Cloggers revved up the crowd with their fancy footwork, and vocalist Lisa Suarez channeled Patsy Cline singing "I Fall to Pieces." Farm Labor Organizing Committee President Baldemar Velasquez and San Antonio musicians Rudy Lopez and Chris Robles topped off the evening with a tender ballad for a fallen farmworker accompanied by a stunning film montage. But the other highlight of the evening was an excerpt from The New Orleans Monologues by Louisiana native C. Rosalind Bell. A production of The New Orleans Monologues will be mounted at the University of Puget Sound in November, where Bell will be an artist in residence for a semester. Her excerpt about Miss Elaine surviving first the hurricane and then the breaking of the levee was powerful, funny, tragic, and deeply moving. Though Bell professes that she is not an actress, it made no difference. Even a meager performance couldn't have held back the lush words and images shared, once again, by a writer with an ear for language. By the time Bell reached the end of her piece, a glance around the theatre revealed audience members riveted in their seats, tears welled in their eyes, emotionally exhausted but hungry for more. 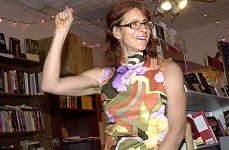 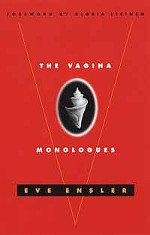