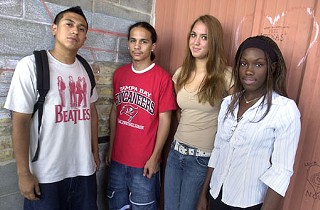 Spoken word. Now there's a term with some integrity. It is, in fact, a name fit to describe the current occupation of caustic Dead Kennedys frontman Jello Biafra. When the late, great Spalding Gray had something to say in public, it was not a speech; it was something more. It was "spoken word." After all, would any sane person refer to Henry Rollins as a stand-up comedian? Hell no. He's a spoken-word artist, man.

Several years ago, in this very publication, Michael Corcoran referred to the "beautiful rage" of puberty, and being a sympathizer to this challenging period of human development, I have found myself haunted by this phrase ever since. Imagine, then, what went through my head when I considered the possibility of a happy collision: The beautiful rage of adolescence meets the art of spoken word. I can't remember how I first became aware of the Texas Youth Word Collective, but one thing is certain: I allowed myself to fall in love with the concept before being hit with the realization that the term "spoken word" is sometimes used to describe ... well ... poetry slam.

Many years ago, as a card-carrying member of the National Honor Society for English majors, I actually took an oath – in a chapel, no less – to serve as an ambassador of the language arts, a protector of poetry. I confess that the very name of this genre offended me. Yet, when TYWC founders Sheila Siobhan and Ron Horne welcomed me into their home and allowed me to view a promotional DVD featuring former team members from Reagan High School talking about their passion for writing, I was intrigued.

Here were kids with disparate backgrounds whose enthusiasm, talent, and self-confidence were undeniable. As talking heads in the public-school system drone on about standards while simultaneously slicing through funding for the arts, lucky kids in art-rich towns like Austin receive mentoring after school from award-winning performers contracted by the Dougherty Arts Center, Theatre Action Project, and the Texas Youth Word Collective. Perhaps these young people do need something more than the ethos of dead white men, and although you can't keep me from bowing at the temples of Eliot and Pound, you can (as it turns out) teach an old dog new tricks.

The Texas Youth Word Collective was borne on the wings of the abundantly talented Shannon Leigh, recently featured in Russell Simmons Presents Def Poetry on HBO. In 2000, Leigh was just another teenager scribbling poetry into her journal, although she was itching to get out and share her ideas. Attentive mama Siobhan began carting her daughter around to performance venues, where the youngster quickly wowed her adult contemporaries. Siobhan was determined to get more youth involved and in 2003 took her first team to the youth nationals, Brave New Voices. In 2005, Siobhan co-founded the Texas Youth Word Collective with Horne, and by all accounts, they've got a well-oiled machine this year that some predict will bury the competition in San Jose July 17-22.

Current team members Jonathon "Korim" Sterling (18), Ruby Willmann (17), Shay Harris (16), and Brent Caballero (18) are currently fundraising around Austin and, in the process, giving audiences a sampling of the work they'll be performing in California next week. Their coach is Mike Whalen, a veteran of the adult slam scene who coached Austin's Neo Soul team when they placed second at the National Poetry Slam in 2006.

When he talks about this group, he is careful not to give them bonus points because of their youth. "I don't say, 'They're really good for being 16.' I just say, 'They're really good.'" Still, when watching them onstage, one can't help but be struck dumb by the notion that kids just barely old enough to vote are grappling with relevant issues in some mighty mature ways. It is impossible to hear Sterling despair that he "can't write clothes on my children's backs" without being tempted to nudge your neighbor in the audience and say "He's 18 years old?!"

Ironically, Sterling stands out as one of the precious few who could actually make a career out of this. Although he has plans to finish college and eke out a living as a graphic designer, his good looks, street-smart writing, and intoxicating voice would be right at home on tour or onscreen. "I do potentially see some kind of future in spoken word," Sterling says, "if people will open their ears to it."

Although all of these kids have talent, the two boys have a special rapport, no doubt due to the fact that they are real-life best friends. One thinks of the many rock bands founded by brothers and the countless hours spent discussing material: the 24/7 access, where the line between friendship and rehearsal is hard to distinguish. "It's great," Caballero says. "It's easy. It's like being at home and still being able to do what you do at work. We're always writing together. It's the best."

The two deliver a particularly powerful piece about gang violence called "Purple." Here they lament the futility of red vs. blue, "I be lightning, you be thunder: Without me, there could be no you." Other bits from their repertoire include the charming parody "How to Spot a Poet Playa" and an unsettling work about a teen who considers an abortion while her unborn fetus begs for a chance to live.

When asked about their influences, the collective answer is an amalgam of mainstream poets, hip-hop artists, and local mentors: Maya, Jay-Z, Da'Shade, Langston, Tupac, Zell. The girls are less likely to cite popular music as a source of inspiration but instead make reference to random encounters, to family. Harris gives a shout-out to her stepmother, Lynnetta Mabry-Louden, who generously left books of poetry around the house to be found and perused by the curious teen.

"My favorite poem was 'Phenomenal Woman' [by Maya Angelou], and ever since then, I've been writing," she says. "It's not really hip-hop that influences me. It will be somebody walking down the street or the way somebody talks, or I'll come to a slam, and I'll see somebody that catches my attention."

Nationally, the youth slam scene is gaining momentum, buoyed by its flagship organization, Youth Speaks. As a project of Youth Speaks, Brave New Voices has been in development since 1997 and last year sold out Harlem's renowned Apollo Theater. Although Sterling and Caballero competed there last year, the two say they were not prepared. "The level of competition was way more than what I expected," Sterling admits, "but we'll be ready this year." The team currently practices together six nights a week.

One word keeps coming up at the mention of youth spoken-word performance in the Bay area: "energy." Sterling mentions it, as does Carl Brown, a film director in San Francisco whose documentary about youth slam, 2nd Verse, premieres next month. I asked him why he made this film and what it was about the culture of youth spoken word that appealed to him. He told me about the first time he stumbled onto the scene. "I walked into this auditorium, and it was just the most energy I had seen in one place, at one venue, in a long time. For the next two or three hours, I was inspired, blown away, angered, and brought to tears by what I heard. It was just young people speaking their truths."

The memories of this intense energy are tough to shake, and the boys from Austin are eager to return. Caballero describes the experience as "eye-popping. You became aware of a lot of things. You became aware of all the millions of other people just like you, trying to do what you're doing, and it feels good, you know, like oh ... I'm not in this alone."

The girls have been listening to these recollections for months and are pumped up at the thought of heading out there next week. What are they most looking forward to? "I'm excited about the inspiration that I'm going to receive there," Willmann says, "because I've always written poems after slams, after I hear someone else perform. I'm really excited about how my writing will change or evolve." Willmann has been a stalwart participant in University Interscholastic League competitions for the past three years but says she can already tell a difference between the two platforms. "With UIL, it's not your vision; it's your director's vision, and although Mike is our coach [for the Brave New Voices competition], it's really our vision, and it's all collaborative. It's nice because he gives us a lot of creative freedom."

"This is the first team we've had in a while that I really think can go out there and get into finals," Siobhan says. "They're working so hard, and they've got some diverse offerings that will really set them apart from the rest." 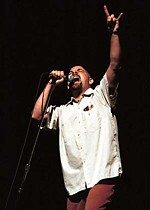 What About Our Snaps?
The 2010 Austin International Poetry Festival