'The King of Colored Town' 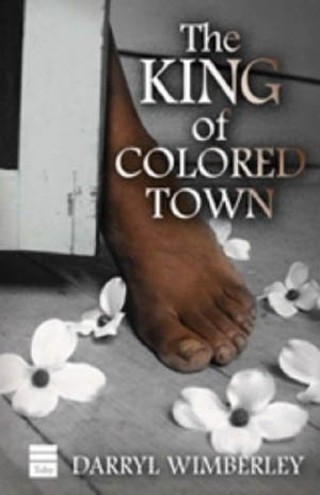 "They hadn't of burned that church, maybe none of the rest would of happened," Joe Billy used to say, and I wanted desperately for that to be true. After all, had it not been for that business with the churchhouse Joe Billy certainly would never have left his neighborhood in Tallahassee for Laureate and Colored Town. He would have remained without doubt in French Town, living with Mama Fanny, sipping iced tea beneath her mimosa.

Enjoying his music. Watching the world go by. ...

Only thing Joe Billy cared about was a good time, and in that pursuit enjoyed a degree of freedom that would have been impossible for me to comprehend. Life with Mama Fanny was, to put it mildly, unsupervised. Fanny let her son leave school at fifteen without a moment's balk or censure. Let him stay out as late as he liked, sleep in as long as he liked. She didn't even pressure Joe Billy to get a job, though as it happened his afternoons were occupied, with meager compensation, at Meitzer's Music Shop. ... Violins and cellos, even banjos made their way to Meitzer's shop, but it was the guitar that was Joe Billy's conjure woman. The long play of the hardwood neck. The nut. The bone. Bridge and saddle. ...

According to Joe Billy, the similarity between a woman's body and a guitar's light-framed anatomy struck him just about the time of his first erections. But he was a little older, fifteen or so, when, stealing a sample of acrylic paints and lacquers from the high school's auto shop, he retreated with his Gibson to a closet-sized bedroom for his other purpose. It was there that Joe Billy found his true expression. In something less than a week Fanny's fatherless boy had conformed the surface of his inherited guitar into the image of a voluptuous woman.

She was lying on her side, this female, a nude torso stretched along the axis of the guitar's leering neck and exposed in bold, primary colors on the surface of the guitar's polished body. The soundhole situated her navel. Raven hair played in damascene tangles over the naked round of the guitar's shoulder to display a sensual hip. A kind of bracelet fell in linked motes of turquoise or jade in a shallow arc from her wasp's waist toward the pubis lasciviously suggested below, a G-string dimly realized from visions of Biblical whores, Aholah and Aholibah, say. Or Jezebel.

One evening Joe Billy took his guitar to French Town hoping to jam at a local blues establishment. Tully's Lounge was never as successful as, say, the Red Bird Café, but was still, locals insisted, a venue for serious artists. The Adderley Brothers, Cannonball and Nat, were said to have played at Red Tully's place. Imagine that sax and cornet in the same room. B.B. King was claimed, perhaps apocryphally, to have jammed with the boys' quintet on one occasion. This was all in the late forties, fifties maybe.

By Joe Billy's time the club was barely scraping by, Tully and his ill-tempered wife running the place by themselves. Problem was that rock 'n' roll was seducing younger audiences away from jazz and blues. Most of the performers drifting into Tully's were old men who no longer regarded themselves as professional musicians. They played for drinks and tips, or like Joe Billy came to chase women.

The veteran players only occasionally returned, their balding pates and graying hair wreathed in sweat and the smoke of cigarettes. Sometimes they'd let Joe Billy sit in, and he'd be keeping rhythm behind men with sobriquets like Blind John Davis or Pinetop Perkins. Pigmeat Jarret used to show up now and then. Nobody paid any attention to the kid on backup. But the night Joe Billy went behind that stage and unpacked his painted Gibson he acquired an instant audience – outraged, amused, intrigued – depending on the concupiscence of the beholder. Pigmeat spoke up first.

"Boy. Where you get that goddamn guitar?"