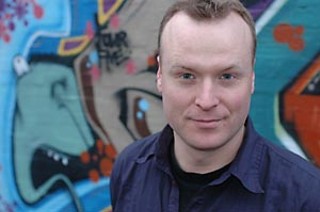 In February of 2004, four of the best fiction writers in the country gathered at Starlite restaurant to talk about short stories. Sarah Bird (The Flamenco Academy), Scott Blackwood (In the Shadow of Our House), Stephen Harrigan (Challenge Park), and Dao Strom (The Gentle Order of Boys and Girls) – Austin residents, all – were the final judges of the Chronicle's 12th annual Short Story Contest, and, after hours of eating and drinking, they had a decision to make.

Among their heaviest criteria in selecting the winner and its runners-up that year was how the authors – whose identities were unknown to them in deliberation – made the most of a strict 2,000-word manuscript limit that has since seen increase. Two thousand words to achieve mood, tone, style, aesthetic, motivation; a few typeset pages on which to develop characters, a sense of place, and – what am I forgetting? – oh, yeah, plot.

A couple thousand words to tell a good, solid story. In the end, only a handful of the hundreds of submissions managed it, and Linden Dalecki's "The B-Boys of Beaumont" was chosen as the one that did so with the most complexity and ambition despite its young-adult aim, at least according to Harrigan and Strom. Bird and Blackwood were eventually convinced that "it was both a story that only its author could tell the right way and one that indicated its author could tell many different kinds of stories." It was a story that came on quietly but one you felt could catch fire in your hands. In reporting the contest results at the time, I wrote that it had the "feeling of being full of life in a dying place."

But that was almost three years ago. Dalecki would go on to sign with Houghton Mifflin's Graphia imprint, which publishes young-adult novels. He got a larger word count – much more than 2,000 – in which to explore his story of a group of teenage hip-hop dancers in an East Texas town, and he'll see Kid B hit shelves on Monday, Oct. 9. He'll also be at the Texas Book Festival later this month.

You can find "The B-Boys of Beaumont" here. You can find Kid B at BookPeople or wherever fine books are sold. – Shawn Badgley

Me and Trick hung back and let Vance stay out front. Trick scoped me like, "Is Vance loco?" Usually after a good scrap, after a fight we'd won, we'd all be amped. But this time was diff. None of us knew how bad Vance hurt Peanut. And none of us wanted to think on it. If Vance had just stopped pile-driving before he knocked him out then we could have been celebrating. Instead, it was like we all had headaches trying not to think about it.

Vance slowed down so he was just in front of me and Trick. I asked real quiet into Trick's ear, "What if Vance killed him?"

Vance slowed down and tried to listen in. So Trick changed the subject. "Y'all ready to mash the Magno Clique at the H-Town Throw Down?"

I had to keep it bona fide. "It's going down right soon."

The H-Town Throw Down was only one of the baddest-ass b-boy competitions in the whole nation. On the real, H-Town, aka the 713 or the 281, and A-Town, aka the 512, got some of the mega-tightest b-boy matches going down on the planet. Me and the Krew had been practicing moves on and off for over two years. But the H-Town Throw Down was hardcore. The real deal. Plus, we'd lost Ruina to that Mega-Bike sponsorship he signed on for just before last year's Throw Down. So the Krew didn't represent.

Big Vance was back to his regular loud self. "Six weeks, fudge-packer. We can still beat the drop."

Vance did a bike hand-plant. All the bucknasty flab on his white whale belly blobbed out. "Whooo! You scope that, players? My stylins should be on flow."

I told V to stop showing out and thought my next point was a good one. "School gym ain't open summer. We can't even push weight."

Vance asked, "Since when, simp?" before I could.

"Ever since he been in the brick business, swoll." Vance was chunky enough to be called swoll. And he mostly never took it personal if me or Trick was to rag him a little on it. But then he never thought it was too funny neither.

The picture of Peanut laying on the ground kept jumping into my head and made the back of my throat all dry. "I'm thirsty. Y'all wanna hit Krystal?" Krystal serves up a good burger and fries. But I was just jonesing for a soda.

If I'd remembered what day of the week it was I could've told you Trick's answer before I heard it. "Nah, it's Wednesday. Gotta help the moms with grocery shopping."

And Vance was all, "Promised my little bro I'd whup his be-hind on Nintendo." Then he held out his right elbow, Krush Krew style. We all three knocked elbows together. Then forearms. Then fists. And we all three were like, "Krush Krew for Life". But none of us was really sure how long the Krew would last. Look at what happened with Ruina.

Vance peddled off. I scoped Trick and had to go there. "Trick. You really think we ready to mash at the Throw Down nex month?"

Trick peddled away and I followed after him. He talked more like he was trying to make hisself believe what he was putting down than to hype me. "Shyeah, I think we ready. Matter of fact I'm one hundred bout it, mane. We ready."

Trick was all, "Shyeah, one hundred. Ain't you heard me the first time? Then he shook his head. "Shit. I don't know. Maybe I ain't so sure neither, Kid. But maybe I gotta hear you are."

We peddled down a side street, alongside the rail tracks. I asked, "Yo, Trick, what do we do 'bout Vance?"

Trick rolled his shoulders up. "Don't stress. First we wait and see what happened to Peanut."

"T. Could I ask you something?"

We swerved around a corner and Trick nodded. "Go on."

"You ever think about getting out of B-town? I mean, like, get out for good?"

Right after we banked the corner you could see a real pretty girl with long legs just kicking down the sidewalk all by herself. Guess I can't blame Trick for letting my question jump in one ear and out the other.

Trick was like, "Whoa, Nelly. Betcha a dollar to a dime that I mack that dame. Peep my honey love game, Kid."

I straddled my bike and clocked him throwing his mack down. Seemed like his game was strong, which was regular for Trick. He chunked me the deuce. You know, when you throw up a peace sign. "Peace out, Kid."

I watched him walk his bike down the block, still macking on the bopper. I figured maybe I'd said the wrong thing. That maybe I should have told Trick what he wanted to hear. And there was a small piece of me that hoped what he wanted to hear maybe wasn't even a lie. That maybe we really were good enough to hit the Throw Down and represent. My ears just barely made out a far-off freight train rumbling East real slow like. It had a low and lonely tone that made me feel sad and good at one and the same time.

I banked the corner onto my street and slowed before I got to our house. The outside of the house is shithouse green and always put some shame in my game. Not cause of the shithouse green but cause no one cared about it. No one tended to it. At least not since my moms died. Lori was my stepmom but I never thought of her like a real moms. She was always just around and I had to pretend like I respected her or Dad would get mad. Really, Dad didn't pay too much mind to me respecting her. Now it was more like Earl was the one who did.

Earl's my older brother by four years. Me and him used to be best friends like real brothers are supposed to be. But ever since he started working at the petroleum refinery over by Port Arthur he kind of became a stankhole. But that wasn't what I was thinking 'bout when I rolled up to the house that day. I was thinking bout the souped-up blue Iroc-Z across the street from our house. Some dude with dark watered-back hair got into it and shut the door. I rolled towards it slow on my bike. Whoever was in the slab must've of saw me 'cause he rolled up his tinted windows before I could really scope who it was.

Then he peeled down the street like Schumacher or somebody and I gave chase. But even on Vance's Diamondback Viper there's no way I could've beat out a Camaro. The guy took the corner, skidded out, and fired a bullet at me. At least that's what I thought for a lickety-split second. Really it was just the engine backfiring once.

That was the last time I ever seen that slab. But I figured I knew what it was doing on my block. I slammed the door on my way in so Lori would know I knew. That's mainly how she and me talked anyways. By slamming doors and chucking stuff around. I went into the kitchen and flicked some of the old yellow paint off the wall. Sometimes I did that when I was stressed. You could see green paint underneath when you pulled the yellow flakes off. Purple was my real moms's favorite color, but she'd painted the kitchen yellow back when we moved in when I was three.

My stepmom, Lori, just sat there smoking with the kitchen radio playing static with some pokey old country tune. It was already Wednesday but she flipped through the Sunday comics like that's all she been doing all day. But I knew why that guy in the blue Camero was out there and it wasn't to read last Sunday's Beaumont Enterprise.