The Sound of No Hands Clapping

Unless you're a first-person prodigy along the lines of, say, Mark Twain or David Sedaris, is there any reason to have two memoirs at age 42? Exceptions can be made for those raised by paraplegic kangaroos, perhaps, but being ambitious and British and named Toby Young hardly seems compelling enough for a $24 book – or so one might think.

Some more reasons to dislike Toby Young, author of The Sound of No Hands Clapping: He's as vapid and celebrity-starved as the cast of a thousand Real Worlds. The critical eye he capably turns on pop culture, love, and marriage dissipates when it comes to himself, or at least to his insatiable desire for fame.

In How to Lose Friends & Alienate People, Young fell (hard) from a seemingly enviable journalistic perch at Vanity Fair magazine, where he upset movie stars and editor Graydon Carter alike. Years later, married and returned to London, his gaze is still fixed on America, but this time it's on the Hollywood film business. Contracted by what he assures us is a Very Powerful Hollywood Producer – name withheld for legal reasons – Young busies himself adapting a book about a legendary disco-era record producer into a screenplay. Only it never really takes, and, at the risk of being reductive, drama ensues.

At the same time, Young has become a father and, oddly enough, an actor, while holding down a day job he admits being totally unqualified for: theatre critic. None of this is terrifically exciting, mind you, but the thing about Young is that, despite all the reasons to dislike him, he is genuinely funny and charming.

Still, The Sound is hardly a book without problems. Young's self-deprecation grows suspect due to its preternatural frequency. However, in most cases, the funny manages to cancel out the megalomania and the skepticism regarding its authenticity.

Maybe it's because Americans so instinctively put British folk on a pedestal of erudition, but it's a welcome relief to find one who, however book smart, is a complete social imbecile. In his first memoir, an exasperated Carter tells Young he's "like a British person born in New Jersey." It's a slight from on high, though it's not totally untrue. Young couldn't buy couth in a Greenwich country club with a fistful of Vanderbilt zygotes. But thank goodness for that, as it's what makes his memoirs work. He's a tacky Brit in a country that hasn't heard of such a thing. If only more British people were born in the Garden State.

Jeans: A Cultural History of an American Icon
Yes, jeans are iconically American, but however many ways this is restated, it does nothing to quell the question of ... so what? 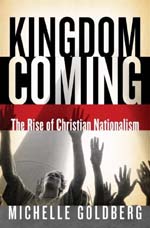 Kingdom Coming: The Rise of Christian Nationalism
Pretty much all the major culture war battlefronts are encapsulated in this very readable primer on the burgeoning Christian political movement in the U.S.

The Sound of No Hands Clapping