'The Gentle Order of Girls and Boys' I went to a yoga workshop recently where, before teaching a new position, my instructor would explain that if we had any difficulties we were "coming upon our limitations." There was something in that phrase or the way she said it that transformed a frustrating lack of flexibility or balance into something surprisingly benign, like "coming upon" a bubbling brook or a clearing in the wood or a bunny rabbit. It transformed a weakness into a blameless fact, a discovery even. That's how I feel about Dao Strom's new book, The Gentle Order of Girls and Boys, in which she explores the way five Vietnamese-American women – a college student, a cocktail waitress, and three mothers at varying degrees of acculturation – come up against the chasms between themselves and the world, and especially between themselves and the men in their lives.

The title itself is worthy of erasing "battle of the sexes" altogether from our vocabulary, as it proves so crude and destructive next to Strom's naturalistic parsing of the tensions, desires, and subtle power shifts present between men and women, who are no more responsible for the order of things than boys and girls. A musician and Michener Center graduate who lives in Austin, Strom was born in Saigon and raised in California, and the themes in her work reflect that background, infused as they are with the experience of looking different, of seeing the scrubby Texas landscape through fresh eyes, of spending one's time in nightclubs with tattooed boys and tired old musicians. Gentle Order is about these things and much more – the barbs and sudden intimacies of female friendship, the pitfalls of love and of independence – and it's all written with a feeling of subtle discovery, as if even our most ugly and damning weaknesses, be they narcissistic, indecisive, jealous, or mean, are somehow borne out of innocence.

Below is an excerpt from the first story in Strom's book, "Mary," about a film student who finds herself inextricably drawn to a frustratingly inaccessible boy.

Flat, brown carpet. It has been stained by many different substances and stood on by thousands of barefoot girls. She is nothing new. Neither is her first, no, second (she thinks) experience of love.

From her vantage point in someone else's doorway, she had spotted Ping amid the group coming down the hall that night, had placed herself strategically to say hello as they came by, and thus had gotten herself invited along.

The boys were headed to a party they'd heard about in the neighboring ward. That is what the dormitories were called, these places of first freedom for so many (Mary liked to be sarcastic about it): wards. Ping introduced her to the other boys, who barely acknowledged her. Probably they were used to an occasional girl tagging along, and probably they were used to disregarding a girl until she'd done something to differentiate herself. In this group were Kenny and Kenny's blond friend, Jim, from Berkeley; Steve and Ian from Santa Cruz, semi-shaved-headed skater types whose hands continually slipped under their own shirts to brush against their stomachs, as if they took their own bodies as casual comfort; Travis, who played guitar and sang in a band and looked dauntingly similar to Johnny Depp; and Hasan the surfer, prototypically golden, slightly curly-haired, with his own indecipherable vocabulary for the ocean. They were the kind of boys who could cause Mary to feel a dull, consuming ache in her mind and gut whenever she gave thought to what capacities their bodies and attitudes and cold laughter and various instruments of pleasure or skill – surfboards, skateboards, guitars, and tanned hands – suggested they might command. Boys like these seemed to Mary impossibly self-satisfied and out of reach, so caught up were they in their no-girls-needed passions. They seemed oblivious to need entirely, in fact. 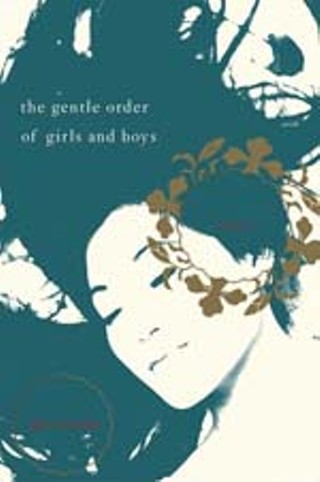 Nowhere in Mary's imagination was she able to conjure a picture of girls in groups displaying such flippant possession of their own powers.

A couple of the boys Mary had seen around campus or knew by reputation; others, like Kenny and Jim, she had not seen before. She was frankly puzzled as to how Ping fit into the group, but had seized on his presence there as her opportunity to get inside, somehow. And there had not been time to hesitate. Ping had stopped to talk to her, but the others barely slowed. She was standing in someone else's doorway, a girlfriend she was visiting. It wasn't Ping or any single one of the boys she was saying "Okay" in interest of when Ping said to her, "You can come with us, if you want to." She couldn't have said what it was that compelled her. Only that she had positioned herself in that doorway, knowing she had to without knowing quite why, and when the invitation was issued, she took it. She did not even bother to say goodbye to her girlfriend (who was talking on the phone with her back to the doorway, anyway). For Mary not to go would have meant, what? Something less, something missed. She could not risk missing it.

The boys moved as if propelled by a collective energy; she caught the tailwind.

Ping was the one you looked past in the group, and so was Kenny, in a way. She actually had not taken much notice of him at first, though she did notice his friend Jim, whose shoulder-length blond hair made a ponytail at the nape of his neck. Jim wore a red-and-blue flannel shirt and cowboy boots, yet had a sharp-eyed, intellectual air that Mary had not, at that time, ever before encountered in someone wearing cowboy boots. The boots rounded out the group, she thought; they added texture. It didn't occur to her that these boys might not all know, or even like, one another – she was only assessing the essence of them as she had seen it conjured up in their unified walk down the dormitory hallway. In the accumulation of crumpled jeans, untucked T-shirts, swaying ponytails, and almost-famous good looks; in the careless tilt of their shoulders, their nonchalant strides, the unrestrained ease of their bodies; all these details melded fluidly into a composite of something that Mary found both beautiful and angst-causing. Altogether these aspects made up a vision: they were the ingredients of envy.

The party was (as many in Mary's opinion were) a disappointment. There was a crush of people in the doorway when the R.A. came around saying all doors must be shut. So someone shut the door, leaving those who had lingered at the back of the crowd to stand in the hallway. That included Mary and Kenny and Jim (though not Ping, who had made it into the room – they saw his head bobbing up and down in the crowd – before the door shut). Without knowing anything else about one another, Mary and Kenny and Jim at least knew they had in common the tendency of arriving at the peripheries of parties. Kenny had his hands shoved into the front pockets of his jeans and one shoulder slouched firmly against the wall, his head also tipped to rest against the wall. Mary thought he looked wistful and tired. He wore black rectangular-framed eyeglasses that made his gaze seem strangely fixed. She looked away from him.

Jim offered her a beer from their twelve-pack.

"I don't drink," she told him, the first words she had spoken since she'd latched herself onto the boys' group.

Now Kenny looked at her, though he shifted just his eyes to do so. This moment felt like a recognition – it disarmed her – of a kind that later (when she thought back to it for the ten-thousandth time) she would realize had always been meant to bring her in mind of the ocean.

Reprinted with permission from Counterpoint Press © 2006.