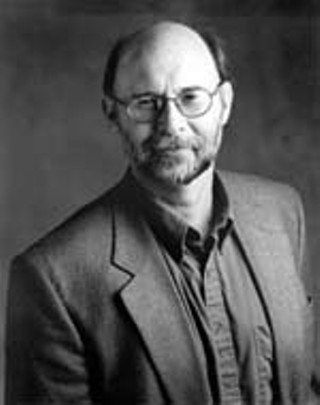 Stephen Harrigan will be at BookPeople on Thursday, April 6, 7pm.

It's tough being a writer. The ghosts of legendary ones float around your head as you set out to produce the impossibly perfect story. Meanwhile, the world keeps telling you the novel is dead. And how do you top your last, critically-acclaimed effort? Perhaps remind yourself that it could be worse. You could be an astronaut. Thus is the case for Stephen Harrigan, who follows his breakthrough The Gates of the Alamo with Challenger Park, the tale of a young mother who is in a troubled marriage to an astronaut and just happens to be an astronaut herself. Lurking in the ether are those Apollo moon cowboys who made every Sixties child's eyes twinkle toward the heavens. Worse for Lucy Kincheloe is the ghost of doomed teacher-in-space Christa McAuliffe, whose 76-second flight on the space shuttle Challenger on Jan. 28, 1986, ended in an explosion that resulted in an immediate stoppage of 14 planned flights (including a journalist-in-space flight for which then-Texas Monthly writer Harrigan had applied). The novel's title comes from the memorial park in Clear Lake City near the Johnson Space Center, and the ghosts of space-flight legends and failures are the heart and soul of this novel.

But be warned: Harrigan, also a screenwriter and a Michener Center for Writers instructor, is more interested in the drama of everyday life here than previous space dramas such as The Right Stuff. Mopey Brian Kincheloe makes a boneheaded error in space, while back on Earth his wife dutifully takes care of two young kids, one of whom is prone to life-threatening bouts of asthma. Upon his return, Brian's star wanes just as Lucy gets her shot to blast off. Harrigan's inspiration for the novel came from watching his niece play soccer in Clear Lake City. One of the unassuming soccer moms on hand, it was pointed out, had just returned from space. This wasn't Neil Armstrong surrounded by an outer-space aura, but instead his modern-day counterpart in a world where the rock star of the cosmos had been replaced with an above-average overachiever dining at a McDonald's while her kids crawled around its spaceship-themed playscape. Which brings us to Lucy, a modern-day astronaut juggling all of the normal worries of a working woman: a demanding job, an alienated husband, and children whose crises must come first.

Things get complicated when Walt Womack, the man leading the team training her for her first space flight, begins to enter her fantasies. Harrigan uses Walt – a complacent man mourning his wife's death and falling into a routine that includes Luby's Lu Ann Platter as his favorite meal option – as a symbol of all of the technicians scurrying behind the scenes to make the space program possible. As he and Lucy embark on a tentative affair, the viewpoint shifts between the two characters, and we get a clear view of the frail humanity behind the business of space flight as they look to each other to fill the holes in their lives. Walt is also the window into the specifics of the NASA world. Harrigan gives us the training program in minute detail, down to the patch each new shuttle crew designs for itself and the good-luck ritual of astronauts marking their initials in the frost on the oxygen supply line before entering the space-craft. The author's extensive research is clear and adds depth as we voyeuristically sink into the insecurities and idiosyncrasies of people striving to do a job that they know could at any moment lead to another fatal failure à la the Challenger crash.

The novel could benefit from a trim in its early pages, as Lucy and Walt embark on their affair and training, but from the point of actual blastoff midway through the book, Harrigan is note-perfect. Lucy and crew have been painstakingly prepared for every possible catastrophe as they dock with an orbiting space station where Lucy will complete her first space walk, which is, of course, marred by the one catastrophe they didn't quite expect. Harrigan writes, "The windows were filled with scrolling panorama of cloud and sea and glimpses of rumpled landforms and sharply defined continental edges. All of this coasted toward a horizon constantly renewing itself with prismatic light, and beyond the horizon a biblical darkness, deep and total. This was the earth she left only eight minutes ago, but which was now a lifetime away." We are gloriously strapped in next to Lucy for the ride, while the ghosts of astronauts – and writers – past are held momentarily at bay.