Katherine Anne Porter: The Life of an Artist 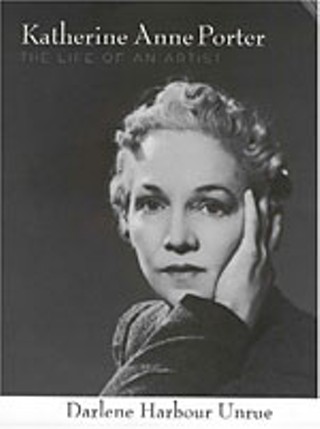 Katherine Anne Porter: The Life of an Artist

She was a lifelong prevaricator, a raconteur, a flirt, and a compulsive spender whose passion for finery nearly bankrupted her on multiple occasions. She was maternal and doting, but she was ambivalent about motherhood, viewing domesticity as a trap; she lost babies to miscarriage and abortion and, finally, to an oophorectomy. She despised the institution of wedlock but married five times. She was strenuously committed to truth-telling in her stories, novels, and nonfiction, but she dissembled constantly, erasing years of her life from the public record and encouraging her friends to burn her letters. She was bracingly political – an early foe of Nazism and fascism, a labor activist, and a purposefully unconventional woman, although she eschewed the label of "feminist" – but she never voted until she reached old age, and she fervently defended the separation of art and politics. Because she never felt permanently at home during her Central Texas and Louisiana childhood, when she was shuttled between rental houses and relatives, she was obsessed with real estate and once bought a mountain in the California desert, yet she was just as loath to be tied down to a single spot and would make a "wild dash": to Mexico, to Paris, to Greenwich Village, to Bermuda, to any greener pasture in a never-ending search for adventure. She was both disappointed by and enraptured by men and carried on affairs with much younger ones until her death in 1980 at age 90. To her myriad admirers, she was "our Cleopatra" – flamboyant and larger than life, effortlessly brilliant, and fascinatingly flawed, a natural celebrity and a natural artist at once.

The Life of an Artist is a meticulous biography worthy of an academic press, and Unrue is an indefatigable Porter scholar who has written on her poetry, fiction, reviews, and letters. Unrue makes clear Porter's contributions to American literature – she provides a succinct but insightful analysis of the long novel Ship of Fools – but she focuses consistently on the narrative of Porter's life. The result is most of all a satisfying story, a real page-turner that proves readable to general audiences. Readers need not be overly familiar with Porter's writing to appreciate her as a protagonist in the engaging tale of her life, yet the book is authoritative enough to recommend itself to serious students, as well. Unrue synthesizes her exhaustive research in a clear, plainspoken fashion that affords a sense of intimacy with her subject without undermining Porter's artistic stature.

Although she resisted the inquiries of biographers during her lifetime – she hired one herself after she became famous to discourage the others – Porter would likely approve of Unrue's presentation of her life as a ripping but substantive yarn. Friendships are brokered and broken in the space of a page, and legendary feuds erupt: with Caroline Gordon; with Josie Herbst; with Gertrude Stein; with her ex-lover Salomón de la Selva; with the American Academy of Arts and Sciences (she received but returned the organization's Emerson-Thoreau medal, citing the group's mistreatment of Ezra Pound); with several Hollywood studios throughout her mercenary sojourn as a scriptwriter during lean times; and with Harry Ransom, then president of UT-Austin, whom she felt rebuffed her in failing to dedicate a library to her. Dylan Thomas mauled her at a party, and Hermann Göring tried but failed to romance her late in 1931 when she was living in Berlin. (She found him intriguing but frightening.) Her relationships with her editors are likewise absorbing, and Unrue painstakingly records the business machinations of the New York publishing circle before, during, and after Porter's ascension to literary fame.

Despite her cosmopolitanism and her desire to bury her past, Porter retained an affection for Texas and its people: "And in many ways that I could not describe without thinking it out," she said, "I am one of them and awfully like them, in character and in temperament." Likewise, she never outran her need for the love of her father, Harrison, a bitter widower who failed to acknowledge her gifts. Throughout The Life of an Artist, Unrue connects the threads of Porter's upbringing and family life to her art, creating a holistic and crystalline portrait of Texas's own Cleopatra.