A Duo From Drawn and Quarterly

'Pyongyang: A Journey in North Korea' and 'Drawn and Quarterly Showcase #3' 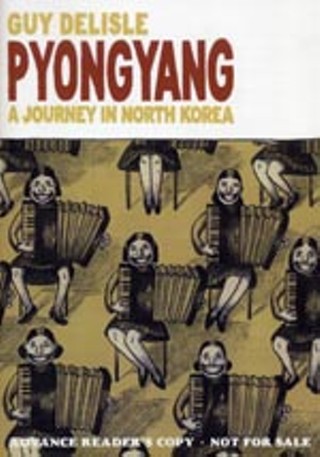 Drawn and Quarterly, the independent comics company responsible for some of the most artful and literary graphic volumes in the world, has been lying doggo for a while. Maybe they had to take a breather after releasing Chris Ware's Acme Novelty Datebook and Adrian Tomine's Scrapbook, two really big projects, one after the other, along with several more humble offerings? In any case, the fallow time has paid off, rewarding readers with an impressive new crop of publications (www.drawnandquarterly.com). Here's a look at two of them.

Pyongyang: A Journey In North Korea

What's it really like in North Korea, that putative bastion of repressive police-statery? What's it like behind the Kim Jong-il headlines, beyond the shallower Web links? There's a somewhat limited view presented in this journalistic tome by French-Canadian cartoonist Guy Delisle, but the limitations arise from neither the man's reporting abilities nor his drawing style. The view afforded by this new book is the most Delisle could glean from his chaperoned and regimented two-month stay in the capital city, and as such it's damned revealing.

Delisle was in Pyongyang to help direct animation for one of North Korea's scientific and educational studios. He employs a softly penciled, monocolor cartoon style and a wide variety of panel sizes and pacing to depict his time working, fraternizing with expatriates in late-night hotel lounges, engaging in stunted banter with his hosts, and being toured around the country to various national shrines. Delisle employs also a deft sense of humor that serves as counterpoint (for the reader now, as it did for the author then) to the prescribed earnestness of his surroundings. Especially for those who worry that our own country is becoming more and more of a police state? Here's a friendly little blueprint to the foreign terminus of your nightmares. 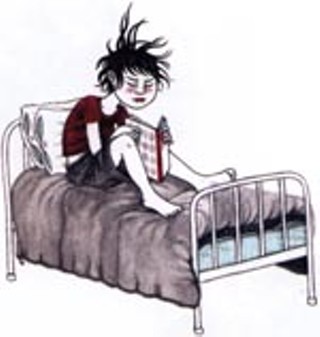 This, the third in Drawn & Quarterly's series of yearly anthologies, requires no interest in a particular country, no pre-established appreciation of comics as an art form, no conditions at all. Even more than its previous incarnations, this year's Showcase will appeal to anyone with a heart and a mind, tweaking nodes of intellectual pleasure even as it floods the emotional cortex with a mulligatawny of subtle, blatant, and – yes – contradictory feelings.

Elverum's tale, illustrated in a delicately watercolored style that suggests Richard Scarry in the throes of an Edward Gorey obsession, is an episodic meditation on love, belonging, and personal identity. The visual metaphors for depression and home will break your heart; the care taken with their rendering will join the broken pieces back together on every page.

Harkham's "Somersaulting" examines the life of a teenage girl, the artist's sharp pen lines and strict nine-panels-per-page layout delineating characters as incisively as the chosen scenes delineate our protagonist's high-school-era existence. Who else captures this time of life so well in comics? Maybe Clowes, Tomine, or Brown. And that "maybe" is indicative of the strength and beauty of Harkham's work here. Broersma's "Frobisher" – its look and tone, the narrative's eerie conceit – reeks of European style and flair, the way a good Roquefort reeks of the excellent taste it embodies. Observe the adventures of Malvern Yoshimoto, intrepid reporter, as her trip to Brussels (circa 1920) tangles her with the machinations of the mysterious Dr. Frobisher.

"What will it take to seduce you?" asks a passage in Elverum's "We're Wolf." This newest Showcase from Drawn & Quarterly, we suggest, might be an awful good start.

Amplify Austin Is Needed Now, More Than Ever
This annual fundraising program amplifies the arts