From 'Panic' to 'Andrew Jackson' 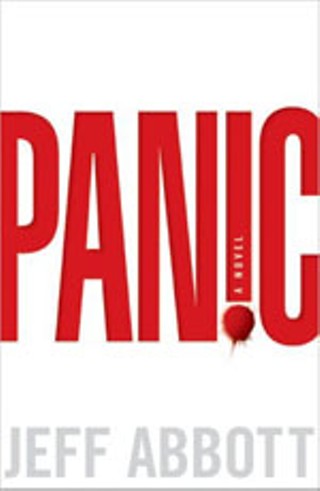 Panic by Jeff Abbott (Dutton, $23.95): The Austinite and three-time Edgar Award nominee's hardcover debut is a nonstop thrill ride through Central Texas, New Orleans, Miami, and London, as protagonist Evan Casher visits his family home in Austin only to find murder and crippling, catastrophic secrets. Abbott will be at BookPeople on Aug. 23.

Praise at Midnight by Martha McCabe (Park, $14.95): McCabe's first novel, about a black man on trial in San Bernardo, Texas, is partly based on her experiences as an attorney during the 1970s in East Texas, but at no time does it bog down in legalese. Instead, probably because she studied creative writing at Texas State, it moves with skill and moments disquieting and inspired.

Mission Road by Rick Riordan (Bantam, $24): P.I. Tres Navarre returns in the San Antonian's sixth installment of the series. This time, a cop is killed, and her husband is the main subject. As always, Riordan – the "triple-crown winner of mystery's most prestigious awards," the Edgar, the Anthony, and the Shamus – doesn't disappoint.

Body Scissors by Michael Simon (Viking, $23.95): Simon's follow-up to the excellent Dirty Sally brings back Austin detective Dan Reles, who, reversing the author's route, came from New York to Austin in the volatile Eighties. Here, after an assassination goes awry, Reles gets in way over his head. It wouldn't be a great hard-boil if he didn't.

Undone by Michele J. Hale (Cowgirlie, $9.24): Hale founded Cowgirlie in 2004 in the process of releasing her third novel, which has as much courage, audacity, and craft as its predecessors. Dizzie Marshall, an Austin tattoo artist, is out to find out what's wrong with her own life, but also with the little mysteries in everyone else's.

The Hounds of Winter by James Magnuson (University of Texas, $19.95, September): The Michener director's eighth novel. Look for the Chronicle's review next month.

Guilt Trip by Ben Rehder (St. Martin's Minotaur, $24.95, Sept. 30): The Dripping Springs resident's fourth Blanco County mystery – with game warden John Marlin at its center – promises to be as memorable and funny as his previous three.

Storm Over Texas: The Annexation Controversy and the Road to Civil War by Joel H. Silbey (Oxford, $28): The latest in Oxford's Pivotal Moments in American History series is a measured and accessible take on the most tangled political crisis this young nation had faced up to that point. Twenty years after, its effects would be felt in a far greater one.

Mexico by Touch: True Life Experiences of a Blind American DeeJay by Larry P. Johnson (1st Books, $14.50): An unbelievable experience for both author and reader, Johnson's memoir is a pleasure. He'll be at Barnes & Noble Arboretum on Sept. 24.

Child of Many Rivers: Journeys to & From the Rio Grande by Lucy Fischer-West (Texas Tech, $21.95): A travel memoir that finds its way back to Texas every time; a family history that starts with a Mexican meeting a German in Juarez; and a great story from a teacher and folklorist.

Spoked Dreams: An Odyssey by Bicycle and Mind by Charles Riddel (Air-Space, $16.99): The Austin author rides 2,500 miles through the Southwest, taking us day by day closer to a better understanding of destination and spiritual kinship with nature.

Austin, Texas Then and Now: A Photography Scrapbook by Jeffrey Kerr (Promised Land, $19.95): By turns comforting and surprising, this collection of black-and-whites pairs archival images with contemporary ones, complete with Kerr's contextual anecdotes and informal history of city landmarks, hidden gems, and everyday streets and street corners.

Wizardry and Wild Romance: A Study of Epic Fantasy by Michael Moorcock (MonkeyBrain, $18.95): The Bastropian-Californian-Londoner-Spaniard's 1987 classic, revised and expanded. You don't need me to tell you how essential it remains.

The Heart of Whiteness: Confronting Race, Racism and White Privilege by Robert Jensen (City Lights, $12.95, September): The title might tell you that the UT professor and social critic's work is as incendiary as ever. This slim but heavy follow-up to Citizens of the Empire: The Struggle to Claim Our Humanity serves as companion and disturbing reflection of DuBois' The Souls of Black Folk.

Andrew Jackson: His Life and Times by H.W. Brands (Doubleday, $35, October): The Brands brand gets stronger with his upcoming study of that most peculiar and effective president. As his histories get more colorful and compelling, the Austinite gets ever closer to winning the Pulitzer.