1. This guy I know Romeo he would go up to gurls and ask them for a dollar and it worked, you know? You wouldn't think it would for a lot of reasons but they'd talk to him, he was very short, like five-three, not as much now, more five-seven. I met him when he was maybe fifteen, he had this dazzling smile, and he'd never get offended when they'd say get lost. One gurl one time gave him a dollar and told him to leave her alone, she said, I will if you leave me alone, and he took the dollar and said thank you and she said you're not welcome. This I remember because she was gorgeous and she had him reach into her backpack and get the dollar out of this coin purse she had in there. They were about thirty feet from me, and she was frowning at him with her arms crossed but then not as much when she was turned back around and he couldn't see her. Plus she came up to me right after that and asked me if I knew where the bathroom was. That didn't make any sense, her asking, which is why I remember.

2. Romeo now I know more about. I liked him too, but in a different way. He and I played a lot of basketball together, and he was pretty good at that but not as good as he had been with gurls. I found out that even though I thought his name was Romeo because he'd talk to gurls no matter what that in fact Romeo was his name, his given name, his mom was a Shakespeare freak and she made him memorize sonnets and things, which was ok with him, since knowing stuff never hurts with gurls, right? But I sort of more like Romeo in a different way, like I said. Romeo is his given name.

3. So this morning I wake up and I have this new white shirt I'm going to wear until my brother tells me I look like a busboy in it, and I say at least I'm not a busbore, and he looks at me in a way he can because he's older and smarter. But I'm going to ride to school with Romeo, and I like to look good, I guess for him is what I'm starting to guess. But here's what Romeo tells me this morning, he says he's been screwing guys and gurls alike for three years, and sometimes for money. Romeo's mom is poor, his dad is long gone, and you wonder how he gets dressed the way he does, always good shoes, lots of them, different, new Adidas basketball shoes, also great big black dressy shoes that everyone wants when they see them, even if they can't pull it off like he can. So Romeo says, yeah, that it's not so much he sets a price but feels more like he can get money from a guy and do whatever with him. He says it like this: I can do whatever with him, you know? And sort of nods at me, suddenly about twice his age, and I say wow. He says he likes gurls better, he likes their tits he says, and I'm thinking of that one gurl on that one day, and what she looked like with him digging into her backpack. She had a friend with her, this bulimic gurl whose breasts were so large you figured she was going to need surgery or gain about thirty-seven pounds to provide some kind of, what, foundation? A brassiere is a foundation garment. But this gurl, she needed to have something done, she needed to do something.

4. I'm all set to tell Romeo I have fifty bucks for him to just hold me for a little while, I hear myself saying it in my head as he's telling me he prefers gurls, and just as soon as I think of how I can say it and maybe have it come off right? It's like I'm saying it to my brother, and it's not coming off at all, and Romeo is looking at me like my brother would. None of this happens. I don't say anything, I nod and shake my head and smile a little bit. Romeo says to me you get this you're wise beyond your years, and I say, not hardly, not compared to you, Romeo. He's looking at me and I guess what he's mostly doing is making a face, he's got his lips pursed, and it's because he hates it when I say his name, for some reason, mostly me, whenever I say his name he'll say don't use that name, call me anything, call me blizzard or fuckface, just not Romeo. He doesn't mind if a group catcalls Romeo, Romeo, like scattered groups sometimes will after school, five or six all of a sudden chanting Romeo Romeo he'll just smile, sometimes head over to them even though it seems he's being mocked, he can take all that, but me calling him Romeo, my calling him Romeo gets him somehow. He never says my name, but this is something I figure out only just now, just as he's pursing his lips, he never calls me by my name, Bob, a name I hate, maybe mostly because I was named for a man who committed suicide, my crazy old uncle Bob, which seems like a kind of fate? Plus of course my brother the way he says it sucks – he says Bob? Bob? Bob? And he calls me bob the verb or bob the noun as if it's extraordinarily clever. My fucking brother. Bill. If you were named Bill you wouldn't go around making fun of anyone's name, would you? Why bother?

5. So I'm trying to figure out another way to say the thing about the fifty bucks and Romeo, and he's saying that he did some things with this guy who was a little older, and the guy gave him stuff, and he'd take it wherever it'd been bought, since the guy was a guy who left everything wrapped up where it'd been bought, Romeo's talking a mile per minute and he's saying he pretty much figures it's the guy's way of giving him money. Romeo says he met him when the guy drove by in a brand new forest green Saab convertible and Romeo gave him the thumbs up sign and the guy circled around the block and Romeo gets along with everyone. Romeo says he kept the first thing the guy gave him, these tan loafers he's got on, and I look at them and I think, hmm. Romeo you want to give things to, people are like that. Some people you meet them and you just fucking hate them right away, and others no. Romeo pretty much no.

6. I'm telling Romeo that he's a little more complicated than I'd imagined, and he's telling me about this gurl he met, this Jessica, who is 27, and works at a pharmaceutical research company, and she's engaged, Romeo tells me she has this great diamond engagement ring that he wants to get her to take off. What he says is this: yeah she told me she didn't even like the guy but freaked when she saw the ring, and said yes, and put the ring on, and you'd say, that's stupid, but you should see the ring – it's not big but it's the most beautiful thing I've seen and I want her to take it off and I want to get everything else off of her too and then take that ring when I leave and get three hundred dollars for it, even though it's probably worth eight thousand.

7. Jesus, I say. Romeo is seventeen. He doesn't drink. If he goes to college, it'll be because he gets the guy in the Saab to put that in a box of some kind, or maybe a state school, but that would bore him fast. He's going to work at a club almost certainly, first a bar back, whaddayacallit, then a bartender. I tell him this, that he's going to be tending bar in two years, and that his life will be even better than he can imagine, maybe he'll start drinking, maybe not. I don't know about bar culture, club culture, whether people distrust you if you won't do a shot with them or if there's some kind of ritual. I just know I hate about everyone but Romeo, and I'll lose him and when I do I'll have never had him in the first place. Goddammit. I'm all worn out and it's 8:25 (AM). 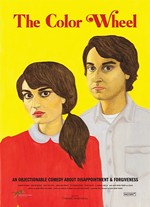