The theme wasn't "stripper girlfriends and homo love," as one judge speculated (there was no theme), but gender, class, and orientation were more deeply considerable issues among this year's finalists than ever before. Here's a look inside the process. 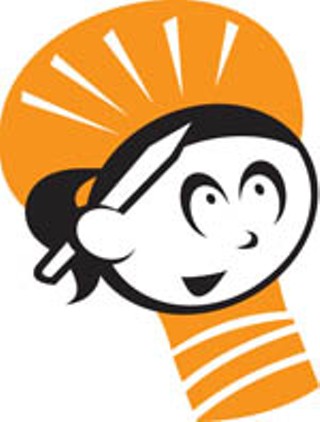 "Who is this person, do you think?"

With that question, Ann Cvetkovich articulated more than a curiosity to know the name attached to "Romeo," a finalist in the 2004 Austin Chronicle Short Story Contest whose merits she and her fellow judges were deliberating over dinner and drinks at the Santa Rita Cantina on Feb. 7. Of course, that urge was part of it: The process is a blind one, meaning that she had little to no idea who was responsible for this or the nine other stories (out of nearly 400 submissions) she, Linden Dalecki, Kirk Lynn, Will Sheff, and Dao Strom would have to decide among. But her question's larger implications would prove to clear a path for the 2 1/2-hour-long conversation: In evaluating these 2,000-word efforts, how heavily does one weigh notions of identity – that is, where and how a narrator aligns himself, for instance – and authenticity? When does ideology supersede craft? When, if ever, is style a satisfactory alternative to substance? And, in the end, is it more admirable to mystify or demystify?

These aren't new questions, but because they're largely unanswerable, they're still useful. And despite their relative loftiness, they lent a great practicality to proceedings that saw gender and class and orientation emerge as more deeply considerable issues than ever before. Cvetkovich at one point even wondered if the contest's theme might be "stripper girlfriends and homo love." It wasn't – perhaps Dao Strom said what Cvetkovich meant by offering that "they're all kind of about the energies that people project" – but by evening's end, the stories still under discussion featured a stream-of-consciousness street tale concerning a kid with a crush on his rakish pal ("Romeo"); a pregnant woman showering in her kitchen ("Apple-sauce"); a Siberian beauty pageant contestant ("Worthy Stories"); a couple with major car-parts issues ("Misty's Pulley"); and a true/false questionnaire that includes statements about incest, sweet potatoes, rape, Gene Wilder, the nickname "Barnyard Becky," and podiatrists ("163 Questions").

Among those final five, opinions varied. The judges were sure that they would be in the money, as it were; they just weren't sure in what order. Cvetkovich and Strom were solidly behind "Applesauce," which the former said was "intellectually more interesting" than the other finalists. Cvetkovich continued: "To me, this is also one that, because of the narrative structure, it's not one where I lean on the ending as the meaning of the story, which to me is sort of the pitfall, actually, of some of the ones that have more of a straightforward structure." She said she responded to the story's "ambivalence ... its juxtaposition ... its deromanticized understanding of motherhood ... using the power of fiction to present actually a more nuanced picture, precisely to challenge what most people think of as the positions of the debate."

Meanwhile, Kirk Lynn commended "Romeo" for its "nice tension between the interior and exterior progression of the narrative." Will Sheff noted its "extremely assured voice. This guy, or this woman, whoever wrote it, really had a clear idea of how this character talks. It's really picturesque. ... There's a pleasure in it." In regard to that voice, Sheff contrasted "Romeo" with some other finalists: "Who you are writing about is not who you are, and it shows. In this one, maybe it shows, but it's such a brilliantly imagined, totally authentic monologue that it doesn't ultimately matter as much." Lynn gave "Romeo" the edge over "Applesauce" – the two stories that began to separate themselves from the pack – by playing "devil's devil's advocate": "The desire or motivation versus action in 'Romeo' is more effective than it is in 'Applesauce,' as she [the author] seems to be in agreement with her own voice." Of course, the pronoun choice was an assumption there, as "Applesauce" actually has a male author.

Regardless, Lynn's and Sheff's arguments seemed to sway the other judges. As for "Worthy Stories," Strom said that she appreciated its "doing a lot without drawing attention to what it was doing. It was subtle, but it made me think a lot about what it means to be a woman, about womanhood. It's a different kind of story." Lynn disagreed, calling it a "classical American short story" and saying after reading aloud a line that he found overwrought and unnecessary that he "would never finish reading this story if not for the Chronicle contest." However, he would soon pay it one of the night's highest compliments: "There's a depth here," he said. "The implication of this story is that stories are something that happen to you. That stories matter."

As always, a consensus was reached, and as always, one judge's steady, measured presence helped it along. This year, that judge was Linden Dalecki, last year's winner. He had his own favorites but bridged opinions and forged alliances in the interests of making the right call and representing the contest (and the contestants) as well as possible. He complemented his colleagues, each of whom brought an incredible insight and diligence. While there were no shirtless tabletop brawls or skillets over the head, the debates and decisions were just as fascinating to witness.

With that, we announced Robert Byington's "Romeo" as our first-place winner on Wednesday at BookPeople, with Jason Scott Katz's "Applesauce" and Katie Williams' "Worthy Stories" taking second and third, respectively. Our honorable mentions are Gerry Cullen's "Misty's Pulley," a tone-shifting and plot-twisting story that takes place in an auto graveyard, and Rebecca Beegle's "163 Questions," the contest's most unconventional and strangely affecting entry.