Each in Its Own Language 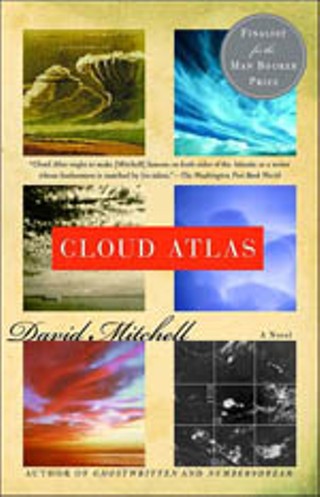 1. Cloud Atlas by David Mitchell (Random House, $14.95, paper): "Spent the fortnight gone in the music room, reworking my year's fragments into a 'sextet for overlapping soloists': piano, clarinet, 'cello, flute, oboe, and violin, each in its own language of key, scale, and color," writes the troubled young composer Robert Frobisher in an Oct. 21, 1931, letter to friend and former lover Rufus Sixsmith. He is describing his Cloud Atlas Sextet, which he goes on to call "lifetime's music, arriving all at once. ... I don't know where it came from. ... Will never write anything one-hundredth as good," and, through him, Mitchell is describing this churning, challenging novel, the third of his three (Ghostwritten, number9dream) to be nominated for a Booker. The author's strings and wind here are any author's – his characters, his characters' encounters – and beside Frobisher's epistolary sets are notary Adam Ewing's journal entries from a late-1840s Pacific voyage; a meta-noir concerning the exploits of Luisa Rey, a reporter uncovering an American enviro-crime scandal in the Seventies; the aging, very unlucky publisher who receives that manuscript in London; the transcribed interrogation of an insurgent "fabricant" in a 22nd-century Korean "corpocracy"; and a campfire-side chat with one Zachry the Cowardy about getting by Hawaiian-style after the apocalypse. How they buzz and clatter across time is a thing of alloyed beauty, chaos theory, and a comet-shaped birthmark. Mitchell is experimenting here – the subject, as it turns out, is everything – and Cloud Atlas is a centrifuge of identity, destiny, belief, despair, race, sex, memory, love, and hate. Like Davies or Lessing or Pynchon (each a notable influence), he's not writing because he has to write. He's writing because he has to know. Few hear a higher calling, and far fewer translate with such grace. 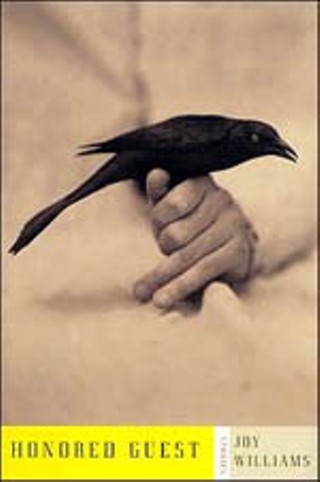 2. Honored Guest by Joy Williams (Knopf, $23): The Michener Center faculty member's first collection since 1990's Escapes is a new needle still probing for that same vein: Our apprehension and eventual (in)action in the face of everyday and life-altering adversity, and the dreamlike pretense that we inhabit when our lives just aren't quite right. Sickness, displacement, and death of the physical and spiritual kind wrap these 12 stories – some absurd and lyrical, others naturalistic and precise – in a quilt of decidedly mournful colors, yet, as a whole, they defy melancholia or melodrama. Williams is a master, has been for a while now, and her vision and command have only expanded with her output. In "Congress," a woman cleaves to a lamp fashioned from deer feet in the wake of her husband's debilitating hunting accident – "Nothing could happen anywhere was the truth of it. And the lamp was burning with this. Burning!" – while "Marabou" finds a mother amid a major hallucination after her son's suicide. "'Are you frightening me?' Anne said. She smiled. 'I mean, are you trying to frighten me?' ... 'Harry will always be us,' one of them said. 'You better get used to it. You better get your stories straight.'" Hers is work that articulates the timeless, valuable fiction full of warped Chekovian charm and deep concern for the human condition. 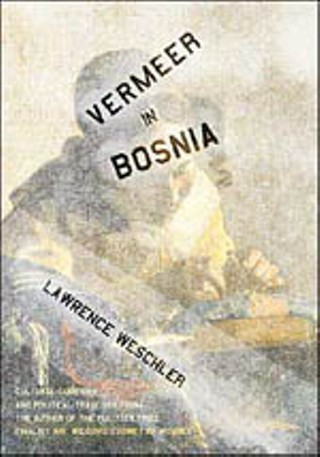 3. Vermeer in Bosnia: Cultural Comedies and Political Tragedies by Lawrence Weschler (Pantheon, $25): "In his 20 years at The New Yorker," wrote our Russell Cobb in August, "Weschler developed a keen eye for connecting dots we mere mortals can't, or won't, see. The connection between Roman Polanski's disturbed psyche and the enigmatic last scene in Chinatown, the eerie similarity between the look in the eye of a Serbian war criminal and the subject of Vermeer's Girl With a Pearl Earring, Aristotelian ethics and the downfall of Slobodan Milosevic: This, dear reader, is why we need critics!"

4. Chronicles: Volume One by Bob Dylan (Simon & Schuster, $24): Should we have been surprised that, just a year after Roger Ebert compared his acting in the confounding Masked and Anonymous to that of a "toad" and mere months after he appeared in a vaguely European and more than vaguely voyeuristic Victoria's Secret commercial, the 63-year-old's autobiography would for weeks be comfortably nestled among the likes of The South Beach Diet and He's Just Not That Into You on more than a few bestseller lists? Maybe not, but what was surprising was Chronicles' depth and generosity, as well as the fact that it's "as much an epic historical prose poem as it is a mind-blowing, elliptical, picaresque memoir," as we found out in December. "Dylan is relatively unguarded. Dylan is street. Dylan is substantive. With an eye occasionally cataractous but most often clear, he describes friends and enemies, encounters and environments, insecurities and epiphanies. ... The guy, you might've heard, can tell a story, and he can tie it to, like, big things." 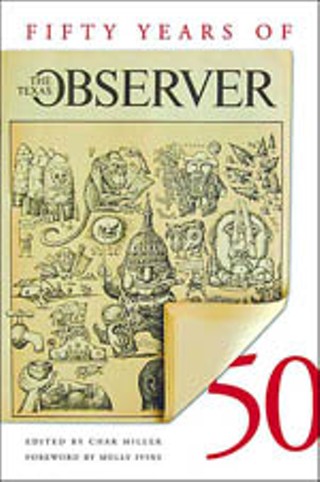 5. Fifty Years of The Texas Observer edited by Char Miller with a forward by Molly Ivins (Trinity University Press, $19.95, paper): Assistant News Editor Lee Nichols in September: "The reading fascinates even more than one might expect, precisely because it is not a history book: The stories told here do not recount dead issues from our shameful past; instead, we see them with here-and-now vitality, the eyes of the time. When founding editor Ronnie Dugger writes about Henry B. Gonzales' anti-segregation filibuster on the floor of the Lege in 1957, he does so not knowing what the future would bring. ... The conventional wisdom might be that yesterday's news belongs in the recycle bin, but for those who love and yearn for a better Texas, this book proves otherwise." 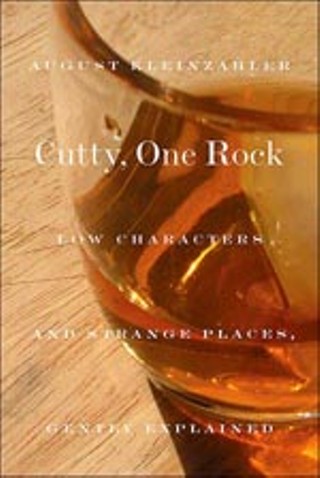 6. Cutty, One Rock by August Kleinzahler (Farrar, Straus and Giroux, $19): "The slender volume documents Kleinzahler's life from boyhood to manhood from a seasoned, wry perspective that is intimate and candid but never mawkish or sensational," wrote "TV Eye" columnist Belinda Acosta in December. "As a personal geography of places he's called home, Kleinzahler captures with astonishing clarity the 'spasms of memory' that propel all writers, dreamers, and other outsiders to leave what they know in search of what they are to be. ... But it is his depictions of individuals, from his parents, one-time lovers, surly bartenders, and finally, his stunning essay about his adored brother in the book's title essay, that Kleinzahler makes an indelible mark. Lovely, elegiac, hilarious, and oh so stylish, Cutty, One Rock is an exquisite read." 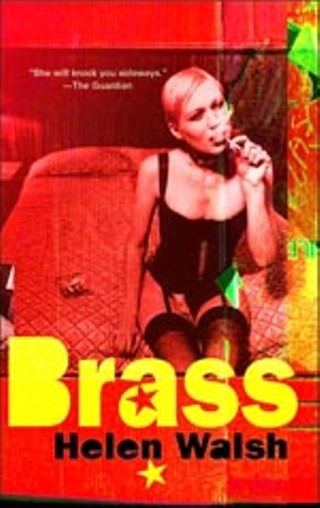 7. Brass by Helen Walsh (Canongate, $14, paper): A brutal debut that finds its roots in Welsh and Selby, Walsh's study of a young woman adrift in addiction and empty sex lived up to all of its cross-Atlantic hype. It reads in quick, stabbing jags, alternating in point of view between Millie, a university student in Liverpool, and her 28-year-old male best friend, Jamie, the latter of whom has crossed over safely from years of "beak" and "eckie" abuse. Millie, whose mother by the novel's opening has already left, is still navigating that passage, and it's a painful one for both her and the reader. Smart, cynical, and self-hating, she preys on pros and fantasizes about adolescent girls while falling further behind her assignments and falling deeper into self-medication. Walsh spares little in charting this descent, and avoids cliché and cheap resolution with restrained yet remarkable prose, brilliant characterization, and an authentic candor whose edge can be felt long after it stops cutting. 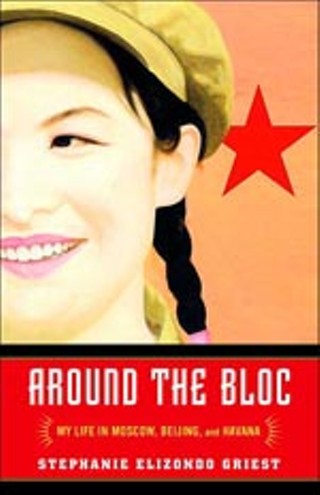 8. Around the Bloc: My Life in Moscow, Beijing, and Havana by Stephanie Elizondo Griest (Villard, $13.95, paper): "Armchair travelers have rarely had it so good as they do with Texas native Griest's memoir of her jaunt from Austin to Moscow to Beijing to Havana and beyond, which reads like one part informative history lesson on the People's Revolutionary struggle and one part Hope 'n' Crosby road movie," wrote staff writer Marc Savlov in March. "Griest, who hit UT-Austin up for a Russian 601A to assist her in her Red Bloc travels, did what most of us only dream of. ... [S]mart, sassy, and informed." 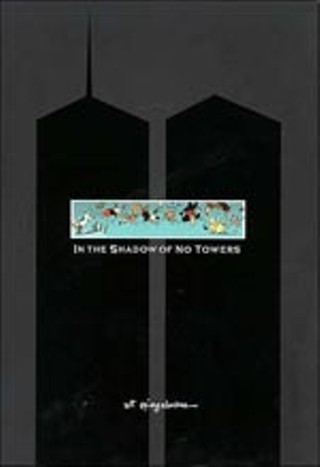 9. In the Shadow of No Towers by Art Spiegelman (Pantheon, $20): In September, Listings Editor Wayne Alan Brenner wrote that the legendary Spiegelman's much-anticipated response to September 11, 2001, "is an invigorating obstacle course for the eyes. It's a workout for the reader's mind, too, as the artist has ditched his recent straightforward narrative style to return to the more complex architecture of his days as an underground cartoonist. Of course, it's not that Spiegelman was bored with comix-as-usual; it's that he was – and still is – jarred by his WTC experience; and the overlapping narratives, the fractured panel layouts and stylistic contrasts ... work to similarly jar the reader. They also jar the deep history of New York newspaper comics: Characters from the past are mixed into the artist's response, as if they – Happy Hooligan, Ignatz Mouse, the Katzenjammer Kids, and others – had to deal with the towers crashing into their reality." 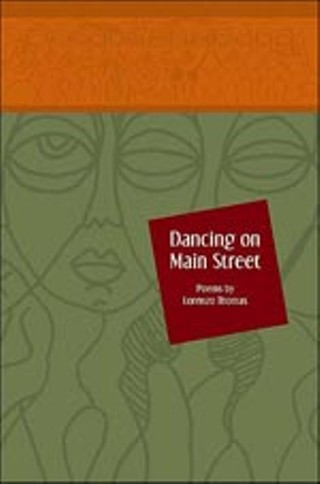 10. Dancing on Main Street by Lorenzo Thomas (Coffee House Press, $15, paper): "Lorenzo Thomas of Houston is a thinking-man's writer," asserted our Dave Oliphant in December. "Laced with unusual metaphors ('Mocking as a sunrise/To insomniacs'), jazzy language ('It's tough being enough'), and witty love talk ('Still/If we have nothing left/But carnal beauty//Well, I can live with that'), Thomas' book is more than the sum of its varied parts, since individual poems rise above even the best of his jivey, swinging pieces. ... Thomas' poetry brims with 'dangerous' thoughts, expressed in phrases and images that are his alone."

Books top 10, Cloud Atlas, Honored Guest, Around the Bloc, Brass, Cutty, One Rock, Dancing on Main Street, In the Shadow of No Towers, Vermeer in Bosnia, Chronicles: Vol-ume One, Fifty Years of The Texas Observer