UT, ALLGO, and Resistencia honor the life and work of the late Gloria Evangelina Anzaldúa 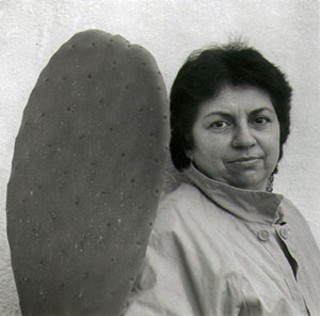 Most of us have a favorite teacher. That teacher who took a special interest in us or taught us well in spite of ourselves. In the U.S., an apple is an old-fashioned way of showing appreciation. In the Information Age, we Google-search that special teacher, years later, to tell them that they made a difference. For a group of students taking a gender studies course at Qinghai Normal University in Xihing City, China, appreciation came in letters. In this case, the letters were addressed to native Tejana writer Gloria Anzaldúa, in response to reading her "Speaking in Tongues: A Letter to 3rd World Women Writers" published in This Bridge Called My Back: Writings by Radical Women of Color. While many of the students are still learning English, a delicate poetry emerges from their splintered prose:

After read this article I'm so moved. While I reading each sentences really expressed self from the bottom of my heart, each word strong enough digging out, self telling." – Losang Lhano

It's so glad to write to you!

I read some of your articles and I love them, even moved by them. As a woman, I'm so proud of you. We are from different place, further more we may only [see] each other' state on the map or TV show. But fortunately, we could hear each other."

Dated June 8, 2004, the dozen or so letters made their way from the other side of the world in a plain brown envelope by the end of the month. But their recipient never saw them. On May 15, Gloria Anzaldúa passed away in her Santa Cruz, Calif., home of complications from diabetes at age 61.

In the mainstream media, Anzaldúa's death was a nonevent. But in the margins or the "borderlands" that Anzaldúa so eloquently, so passionately, and so intimately wrote about, the response was swift. Private vigils, public commemorations, and even an online memorial (www.chicanas.com) blossomed across the nation. In Austin, where she was a UT graduate student in the 1970s, several volunteers, community organizations, and studies centers have come together to plan a two-day event to honor Gloria Anzaldúa's life and work on Oct. 22 and 23. Surviving the Battles, Shaping Our Worlds: Honoring the Life and Work of Gloria Evangelina Anzaldúa will be as public and as intimate as Anzaldúa's work, with moments to offer personal recuerdos, music, poetry, panels on diabetes and other diseases that disproportionately affect Latinos, and other events. 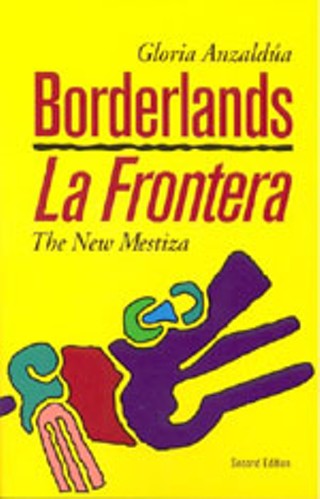 "Who am I, a poor Chicanita from the sticks, to think I could write?"

To learn why Anzaldúa had such a profound influence on a generation of writers, scholars, and activists, one might start with her oft-quoted line about growing up on the U.S.-Mexican border in her groundbreaking book, Borderlands/La Frontera: The New Mestiza.

"The borderlands are physically present wherever two or more cultures edge each other, where people of different races occupy the same territory, where under, lower, middle and upper classes touch, where the space between two individuals shrinks with intimacy."

"Juxtaposed against other foundational texts on the Border," writes Sonia Saldívar-Hull in her introduction to Borderlands' second edition, "such as With His Pistol in His Hand by Américo Paredes and Occupied America by Rudolfo Acuña, Borderlands offered a view of our América through the lens of a woman-identified woman."

In Anzaldúa's work, the border is more than a region with a contested history. It is a starting point to explore the intangible – yet keenly experienced – psychological, sexual, and spiritual borderlands through prose, poetry, and personal essays: a decidedly nonacademic approach to theorizing identity. She candidly discusses how race, class, gender, and sexuality intertwined to create the person she is but also suggests, through what she called a new mestiza consciousness, a new way to "develop a tolerance for contradictions, a tolerance for ambiguity" necessary for survival.

In today's popular culture, references to gay life are strewn like confetti. But when Anzaldúa (as well as cohorts like Cherríe Moraga, Audre Lord, Barbara Smith, and others) began writing about the lesbian experience, it was a dangerous act. Shedding academic language to speak directly from the heart raised eyebrows from some academics and downright contempt in others. In spite of this, Saldívar-Hull writes, Borderlands became a "historically significant text [that] continues to be studied and included on class syllabi in courses on feminist theory, contemporary American Women Writers, autobiography, Chicana/o and Latina/o Literature, cultural studies, and even major American authors."

UT assistant professor of sociology Gloria Gonzalez-Lopez agrees. "You do not practice intellectual colonialism," she says. "I don't know if Gloria said that literally, but she said it with her work." One of several organizers of Surviving the Battles, Shaping Our Worlds, Gonzalez-Lopez is a native of Monterrey, Mexico, who moved to the U.S. in 1986. She personally understood the push-pull, belonging-neither-here-nor-there experience that many immigrants confront. Until she read Borderlands, she'd never seen the experience so eloquently stated. She uses Anzaldúa's work in her courses on female sexuality, gender, and male masculinity.

As an Italian-American living on the East Coast, Rose Provenzano's world was almost as far removed from Anzaldúa's South Texas roots as the students' from Qinghai Normal University. Yet, she says, "her book described a world I knew. One of the things that struck me so deeply in [This Bridge Called My Back, the anthology co-edited with Cherríe Moraga] was how people of color are not the only ones hurt by racism. Something in each of her books hits home for those who have read her."

JoAnne Reyes-Boitel, director of community organizing for the Austin Latina/o Lesbian, Gay & Transgendered Organization, which hosts Saturday's events: "Anzaldúa has a long history of providing a voice for people who don't believe they have one, whether it's because of their color, gender, gender representation, ethnicity, or health status." In addition to Saturday's happenings, ALLGO and Resistencia Bookstore are jointly planning a reading of Anzaldúa's work (see "Related Events," below).

The urge to honor Anzaldúa, but more importantly, to not forget her, seems to have drawn the various constituent organizations together to shape her tribute.

"For a lot of us, it's important to remember Gloria's work," says Lilia Rosas, a UT graduate student in history and a Red Salmon Arts/Resistencia Bookstore intern. "My understanding is she had no sense of how deeply she affected Chicanas, Latinas, and all the other communities she touched."

But even the most loving and respectful tributes end. What is the desired effect? Responses to this question from tribute organizers, friends, and colleagues are varied. Some declare that the tribute marks a new age in collaboration between formerly unrelated groups. Others say, "I don't know," while others dryly remark, "Don't expect big changes."

Maybe the measure of any tribute is not how it commemorates a person, but in how it creates new ways of imagining the future once they're gone. Perhaps in the best scenario, it is to witness the lighting of a symbolic candle and to take part in keeping it burning. Or, as Rosas says more directly, "We need to open our mouths and let people know: She was here. She mattered, she started the path, and she put it up for us to continue the work."

Or perhaps it's enough to know, as Qinghai Normal University student JamYong Drolma wrote in her letter to Anzaldúa, "I truly thanks for the voice of women ... I will always know, somewhere in the world, women are trying to change their destiny."