Half Price Guadalupe takes the jump 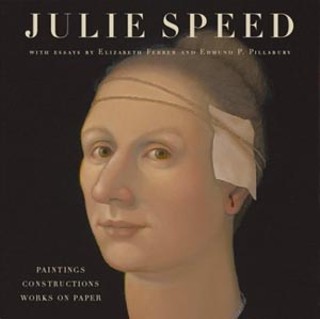 • The Half Price Books at 3110 Guadalupe is moving to 5555 N. Lamar, the site of a former Randalls, according to Media Relations Manager Kirk Thompson. As was reported in February, the Dallas-based regional chain declined an offer to buy the Guadalupe building. "We're dealing with several different landlords here, because there is a family trust that owns the building and two different owners of the parking lot areas," Executive Vice-President Kathy Doyle Thomas said at the time. "It was not a viable option for us to purchase the building, because, one, they're asking way too much, and, two, the parking lot wouldn't be part of the deal." The Guadalupe store, which has been in its current location for 20 years, will likely move in March of 2005, according to Thompson, and will see its square footage jump from 10,000 to 19,500; its staff, from 30 employees to 45-50. It will be the largest Half Price Books in Central Texas.

• Book Woman (918 W. 12th), on the cusp of its 30th anniversary, reports via e-mail that the "still sluggish economy, our rising rent, and the difficulties of the construction project on Lamar Blvd. are all colliding to make this our most challenging summer ever. Book Woman is having a severe cash crisis! We are asking that you come shop at Book Woman right away and tell all your friends! If 160 people each spend $25 here in the next two weeks we would be able to pay our August rent on time. Why not start your holiday shopping now!" For a recent interview with owner Susan Post, printed when times were not quite as urgent but tough nonetheless, see austinchronicle.com/issues/dispatch/2004-04-30/books_newsprint.html.

• On Wednesday, July 28, 7pm, the Texas Monthly Author Series will bring Julie Speed (Paintings, Constructions, and Works on Paper, UT Press) to BookPeople... On Friday, July 30, 10am-3pm, Loyalton of Austin assisted living (5310 Duval, 418-8228) will host a Book Swap commemorating the legacy of the paperback. Bring your old books, leave with new-to-you books... On Sunday, Aug. 1, the Austin Public Library will close its branches from noon to 6pm for a "computer network migration."

News/Print
Austinites get on the same page with the Mayor's Book Club selection, Rockdale rocks some literature and music, novelist Amanda Eyre Ward gets crazy with the cheese (she's a whiz with the books, too), and Dobie Paisano turns 40, gets some work done