A recent fit of ambition led me to check out a shelf's worth of history books -- big ones on the American Revolution, the Civil War, the World Wars, and Vietnam. I had just cracked Keegan's The First World War when holiday travels intervened.

Meanwhile, Tom Paulin's The Invasion Handbook landed on my desk. One should always be so lucky to have such a fascinating artistic gateway to intellectual pursuits.

The Invasion Handbook is a poetic sequence that treats the events leading up to and opening the second World War. By various byways, such as a view of the Spanish Civil War through the eyes of Martha Gellhorn, the poems of the book take us from Versailles in 1919 through the Weimar Republic and the rise of Hitler -- the 1925 Locarno Treaties (which tried to undo Versailles' depredations) -- to Churchill's rise to the prime ministership and on up to the Battle of Britain.

Paulin has been publishing good poetry for more than 25 years, but the rest of his background -- as a scholar of literature, as an essayist, and as a deeply political writer -- serves him well as he journeys across a large physical and mental landscape of rich historical and literary allusion. His lines strike an admirable balance: plainspoken (yet not plain), with bursts of inventive language that avoid becoming thorny or corny. He leavens his verse with tidbits of Russian, Italian, Latin, and especially German, and he also taxed my rusty college French by breaking into that language for a few lines at a time. Rather than putting me off, though, this made me want to brush up so that I could better understand him. The poems are interesting enough to invite such extra effort; their compelling treatment of this vital era is just the thing to launch me back into that shelf of big books.

The fruit of Paulin's craft and scholarship remind us that the chain of events he depicts grew out of one of the most brutal conflicts ever to mar our species, but then grew into something even worse. More to the point, the book reminds us that the wars were prosecuted by real people who had chances to do things otherwise, didn't, and saw horror ensue. It was not inevitable, and it was not so long ago. Thus does a book of poems by an Oxford don provide highly relevant commentary on today's headlines. 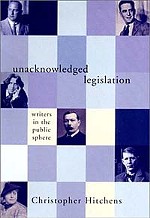