Journey through Africa and the life of author Paul Theroux in his novel Dark Star Safari. 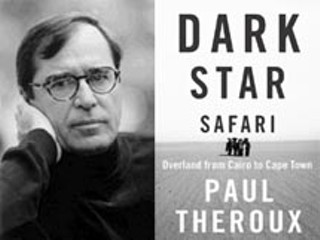 Paul Theroux will be at BookPeople on Tuesday, April 15, 7pm.

Paul Theroux hopes that the readers of Dark Star Safari, his new travel memoir of his overland journey from Cairo to Capetown, will feel that reading "was the next best thing to being there -- or even better, because reading about being shot at and poisoned and insulted was in general less upsetting than the real thing."

The author of 24 novels (including The Mosquito Coast) and 13 travel books (including The Great Railway Bazaar: By Train Through Asia, about his trip on the Orient Express) outdoes himself in Dark Star Safari. On the eve of his 60th birthday, Theroux returns to Africa, where he lived and taught in Malawi and Uganda from 1963 to 1968. He writes, "I wondered whether, with a special birthday looming, at the back of my mind was a plan to return to a specific time in my life when I had been supremely happy."

And Theroux, who is often a grumpy and irritable traveling companion (see austinchronicle.com/issues/dispatch/2000-06-23/books_vsbr3.html for a review of his essay collection, Fresh Air Fiend: Travel Writings) shines throughout. It's clear that despite the hardships -- or perhaps because of them -- he's again supremely happy.

Theroux begins his trip in Egypt, where he meets with Naguib Mahfouz. Moving south, the authorreads the U.S. travel advisory on Sudan and notes that his "favorite phrase was 'In addition to the ongoing civil war.'" In Ethiopia, there is a stern warning from a nun: "'It is very bad out at night,' she said. Thieves and bandits prowled at night in Harrar. 'And,' Sister Alexandra said, filling my plate with another helping of spaghetti, 'of course, the hyenas.'"

On a truck from Ethiopia to Kenya, he's stuck with a group of backpackers that includes Jade, who gasps for breath as the dust clouds aggravate her asthma (she is later hospitalized), and a Canadian boy who drives Theroux to distraction by muttering "This is a good day to die," at regular intervals. When the truck is shot at by roadside bandits, Theroux confides in a soldier: "I said, 'Sitaki kufa.' I don't want to die. He said, in English, 'They do not want your life, bwana. They want your shoes.'"

Dark Star Safari is by turns hilarious and harrowing. It is an exploration of change, both in Africa -- its ruined cities, its confounding beauty -- and in Theroux's own life. When he finds his old house in Malawi dilapidated, the schools where he taught in disrepair, and the graves of his friends overgrown and forgotten, he is forced to consider what difference his work, and life, has made. He arrives at no easy answers, but this reader loved every page of the journey. Theroux spends his 60th birthday in Johannesburg, South Africa, with Nadine Gordimer and can't help but be filled with pride when she announces, "Paul came from Cairo -- on the bus!"