The House on the Point

The House on the Point

Benjamin Hoff's loving tribute to his boyhood heroes the Hardy Boys recalls The House on the Cliff, the second installment of the original series. As one would hope, Hoff's book is executed with a literary sensibility far superior to the original's. While the narrative seldom attains the gentle flow of Hoff's The Tao of Pooh, its many historical and physical details lend fine verisimilitude, and Hoff has drawn its characters with a real human depth that is absent from the stories that have been selling strongly for 75 years.

Any Hardy Boys tribute will run up against the thorny fact of the originals' bad writing. The plots make little sense, the wooden dialogue is in some way an improvement on the cardboard-cutout characters, and the boys themselves take on lethal dangers with barely a second thought in an otherwise sober setting that doesn't make the fantasy element of the book clear. (Hoff's Hardys, by the way, demonstrate the same keen appetite for breaking and entering.) Hoff's book is worth reading, but if it fires you up to reread the Hardy Boys, understand that you'll be doing it only for nostalgia.

Still, it's not for no reason that Hoff credits the Hardy Boys with stoking his love of reading. The books are so full of action that it's hard for a kid to put them down, and they can form a gateway to reading good books. Hoff's concern with issues like this is made clear by two thought-provoking addenda to the book. The first explains the differences between his own book and the original House on the Cliff, while making acute comments on the differences between teenagers today and in the 1940s. The second essay, which runs 27 pages, is a detailed treatment of what Hoff sees as the linked declines of the modern mystery story, of the skill of fine observation, and of the failings of our primary and secondary educational system. These concluding pieces juxtapose rather oddly with the novel, and they suggest that the book is meant more for parents than for youngsters. And while many parents will surely read Hoff's story out of nostalgia -- and be rewarded with a pretty good yarn -- I wonder how many of the under-12 set will join them. 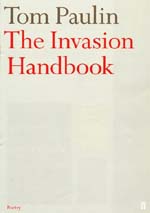 The House on the Point, St. Martin's Minotaur, Benjamin Hoff