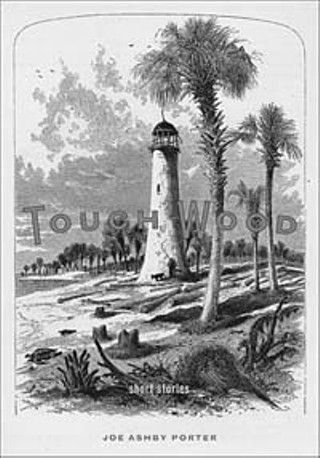 I'm not an enthusiast of the so-called innovative fiction. I far prefer the reality-based fictions of an Alice Munro or a William Trevor to the playful and oddball experiments of a Donald Barthelme. Or perhaps what I mean to say is that I prefer fiction that tells a story -- be it realistic or not -- more than fiction that is overly concerned with drawing attention to itself as fiction. Not that there's anything wrong with such work. The world is large enough to accommodate all types of fiction, and writers like Barthelme, Robert Coover, and William Gass deserve their places in the canon. I'll respect their work for its artistic merit -- for its daring -- but that doesn't mean I have to like it.

If they had to fit somewhere, most of the stories in Joe Ashby Porter's new collection, Touch Wood, would fit into the aforementioned experimental school. A bit on the fabulist side, carefully crafted, with delicately structured and often lovely sentences, his stories delight and confound the reader all at once. Some are so deceptively simple and straightforward -- "A Man Wanted to Buy a Cat" -- that when you finish, you wonder what the point of it all was. The story is seemingly about a man who becomes obsessed with buying an old woman's cat. There is no grand climax, though there are some pithy observations on love: "In my experience love knuckles under to just about anything. ... In any case love (whatever we mean by that) gets bowled over by desire. Not to mention need." In the end, the man gives up on the cat and is pleased when his wife gives him a baby bunny rabbit instead. The end.

In "Naufrage and Diapason," the stories of two unrelated characters -- one a fisherman in Alaska, the other a young millworker in North Carolina -- unfold in nicely etched prose. While reading the story you keep expecting some interesting connection between the characters to be revealed, but none ever becomes apparent, except for the fact that the millworker buys some Alaskan salmon at the Piggly Wiggly. The vivid language gives the piece some life ("a Plexiglas window scarred as if it had been to the moon and back"; "frozen ribbed water with black umbrellas opening in it"), but readers hoping for some kind of resolution will be disappointed, if not downright annoyed.

All of the stories reveal, in various ways, Porter's varied gifts. "Bone Key," set in Key West, is a fine example of Porter's ability to conjure voice -- in this case, the voices of a talkative hair wrapper and a nostalgic streetwalker. Meanwhile, "Scrupulous Amédeé," set in Tunisia, is a longer and often beautiful portrait of a lighthouse keeper's life, one that is haunted by spirits. Porter's stories are often lovely, and also usually heavy with ideas. But in the end, they're a bit too "meta" for my taste. This type of fiction is sure to appeal to many people -- you know who you are -- but not, alas, to this reviewer. 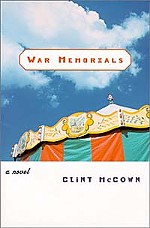