It's the Thoughts That Count

These aren't holiday books; these are books to give people during the holidays, as gifts

Franzen After the Frenzy

The post-WWII American literary landscape is dotted with writers whose fictional output is equaled or surpassed by their essayistic work -- writers as well known for big ideas as big novels. These writers -- Norman Mailer, Gore Vidal, and Susan Sontag are a few names that come to mind -- are also part of an endangered American species known as the "independent intellectual," a species that needn't rely on the esoteric culture of academia or the stultifying world of journalism in order to earn a living.

Jonathan Franzen's new collection of essays, How to Be Alone (Farrar, Straus and Giroux, $24), coupled with last year's smash hit The Corrections, signals Franzen's ascendancy to this rare breed of writer who dazzles with imagination, intellect, and reportage. Before he had the dubious distinction of being "disinvited" from Oprah's Book Club last October, Franzen was an Angry Young Man with two novels -- both commercial flops -- under his belt and was a frequent contributor to The New Yorker and Harper's. How to Be Alone revisits some of the most memorable essays from those magazines, while stopping to question the post-September 11 publishing frenzy surrounding his own novel in "a time when it seemed that the voices of self and commerce ought to fall silent."

How to Be Alone runs the gamut from straightforward reportage ("Lost in the Mail," "Control Units") to painful family memoir ("My Father's Brain") to highbrow literary manifesto ("Why Bother"). It's "Why Bother" that serves as a centerpiece to the collection and a non-fiction companion to The Corrections. Although it was first published in Harper's in 1996 with the title "Perchance to Dream," this piece seems to anticipate the row with Oprah: Franzen writes that "the money, the hype, the limo ride to a Vogue shoot weren't simply fringe benefits" of a serious writer trying to make it in the mainstream. "They were the main prize, the consolation for no longer mattering to a culture." Franzen is clearly already bitter in this essay about the state of the arts in a culture dominated by TV. Quoting Philip Roth, he calls "American reality" something that "'stupefies ... sickens ... and finally ... is an embarrassment to one's own meager imagination.'" To be sure, "Why Bother" is, as it purports to be, a lament for the death of the "social novel" à la Joseph Heller in Catch-22. But it's also a lament for the death of American civic society as a whole. 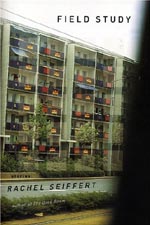 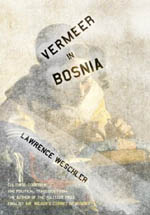 How to Be Alone: Essays, Jonathan Franzen, Farrar, Straus and Giroux