On the Border's Edge 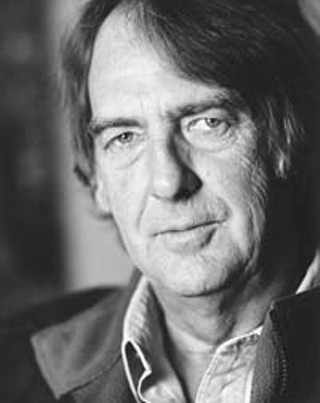 If you picked up a newspaper in 1990, you would quickly note that the nation was on the brink of a disaster. It was happening in the shadow of the White House. It was the top problem of the perennially polled. It was even circulating, perhaps, in the bloodstream of the man or woman working next to you. It was illegal drugs, of course, being dealt or used. From this, one of the many peaks of that species of moral panic that has swept the populace periodically during the last hundred years, much pernicious legislation resulted, as well as promises of a massive clampdown that would make us all safe forever from our own desires.

The intensification of the drug war that followed was, naturally, a flop. Systematic sequestration of the stuff (of which only a small percentage is ever seized, anyway) and mass imprisonment had the predictable null effect on the market, which is now conservatively estimated at 400 billion per year worldwide. Reports of drug-related events from hospitals -- our most reliable indicator of drug use -- rose in the last 10 years.

One of the drug war's most acute observers during the Nineties was Tucson-based journalist/essayist Charles Bowden. His latest book, Down by the River: Drugs, Money, Murder, and Family (Simon & Schuster, $27), concerns the murder of one Bruno Jordan in El Paso in 1995. It traces the roots of that murder back across the river to Juárez, where Amado Carrillo Fuentes, perhaps Mexico's most successful narcotics tycoon (according to the DEA, in 1995 Carrillo Fuentes' operation was pulling in approximately $200 million a week) was located. Bruno was the youngest brother of Phil Jordan, who happened to be the head of the local DEA. Bruno's unlikely killer was a 9-year-old boy who appeared one winter day with an automatic weapon in his hand from out of the vast, anonymous colonias that spread on the hillsides of Juárez, and plugged Bruno for the truck he was driving. This boy was almost immediately captured -- without the truck or the weapon in his possession -- but he magically garnered high-priced lawyers to defend him in a U.S. court, until, on appeal, his conviction was overturned.

Officially, Bruno's death is a carjacking.

Phil can't let Bruno's death go. So he spends almost all of his savings on a private investigation, which eventually led to his resignation from the DEA (an organization that, for political reasons, did not want to follow the trail into Mexico) and his divorce; it also led to the jailing of one of Bruno's cousins, another DEA agent, Sal Martinez, who tried to hire one of his contacts to kill Bruno's killer after the last appeal. "I give options," Bowden says, "but I think Bruno's murder was payback for something Phil did. In the drug world, they can absorb death as a business expense. But they never forgive you for personal things. I have a friend, a DEA agent, who has had a contract out on him for 10 years, because he accidentally got the uncle of a connected family killed. He was in Mexico and he made the mistake of turning the uncle over to the Mexican army, which tortured and killed him. This was when he was just starting out. He wouldn't make that mistake again. Now, if he had killed the uncle in a raid or something, that wouldn't have stirred the family. Phil's problem is that he did so much in the DEA -- he pursued literally thousands of cases -- that he can't figure out what he did in particular to Carrillo."

Bowden's book cuts between different events in Mexico and the States to paint a vision of the drug war as an almost Miltonic Pandemonium, a scene of perpetual darkness and betrayal. This is his last in a sort of series of books that combine an interest in crime -- the "secret river of blood" that runs under our history -- and autobiographical reflections. It comes three years after Bowden's essay for a photo book on Juárez that exhibited the unforgettable photos of Juárez's "street shooters" -- freelance photographers who specialize in Juárez's boisterous homicide scene. The serial murder of Juárez women has received worldwide attention, but that is only part of a rich mix of all the mini St. Valentine's Day massacres by which the illegal drug trade and the illegal immigration trade, often conjointly, regulate their market problems.

Bowden's career seems to have always been near the edge, either politically or socially. As he puts it, in the Sixties he was "in the whole movie: Mississippi, the march on Washington, the anti-war movement -- you've seen it often enough." He did postgrad work at the University of Wisconsin in American intellectual history ("I chose that because 1. it is an oxymoron, and 2. since nobody knows what it is, you can do what you want") and left right before one of the most famous incidences in the protest movement: the firebombing of a research center that killed one of the researchers. "You could feel it was going to happen," Bowden says. "I left because I knew I was on the verge of violence."

The sensationalism of Bowden's topics combines movingly with the scholarship in which he was, after all, trained. He has written articles about murders and books about deserts and water policy. After he left Wisconsin and moved to Arizona, he earned a reputation as a natural history writer, much like his friend, the late Edward Abbey, although he says "we never spent a fucking minute talking about the environment, since we agreed about almost everything. We talked about writers. We both shared an irrational dislike of John Updike. Although we didn't agree about everything. Ed about disowned me when he discovered I thought Walden was boring."

Bowden also got a job as a newspaper writer. By some horrendous chance, he was given the sex crime beat ("They wouldn't let me off") and stuck with it for three years. "They throw cops out after two years. You can't stay in that world." However, the attraction of the edge was still strong enough that he started investigating the drug war.

Bowden doesn't highlight his own view of the drug war in the book "partly as a courtesy to Phil. I didn't want to Shanghai his life for some pulpit." In Bowden's view, the system of drug suppression is unworkable. "It's an odd meeting of the left and the right. The right is in favor of repression, and the left is in favor of social engineering. Both think they can tinker with us.

A major part of the book is devoted to the malign influence of drug cartel money on the Mexican political system. "The country is dependent on the cash flow coming from drugs. No Mexican president can really suppress that, or would even want to seriously try. The problem is, because of the way the society is organized, because of the elite in Mexico City, there's no benefit from that money.

"There will, however, never be another Carrillo, because the elite will never allow someone to get that powerful again. The elite, which is inherently racist, didn't see him coming because they couldn't imagine this brown boy from Sinaloa could get that rich or powerful. I think Carrillo died because he became a threat to the state."

This book, Bowden claims, is his farewell to the drug war. "No one wins in the drug world. The place destroys everyone -- the narcs, the dealers. There are too many bodies stashed in secret burial grounds along the border. There's too much money in it. I can't stay in this anymore."