Accept the premise that no work of historical fiction dealing with Native Americans can match Cormac McCarthy's Blood Meridian and you're on your way to appreciating David Marion Wilkinson's Oblivion's Altar for what it is," writes James McWilliams. "An entertaining, imaginative, and historically informed story about the ruthless displacement of the Cherokee Nation from its Georgia homeland."

Accept the premise that no work of historical fiction dealing with American Indians can match Cormac McCarthy's Blood Meridian, and you're on your way to appreciating David Marion Wilkinson's Oblivion's Altar for what it is: an entertaining, imaginative, and historically informed story about the ruthless displacement of the Cherokee Nation from its Georgia homeland. Wilkinson's third novel might not win accolades for mellifluous prose or subtlety of expression, but the author's deeply researched narrative goes where historians -- shackled as they are to the documentary record -- have quietly failed to venture. Through plausibly reconstructed dialogue, an impressive attention to material culture, and a cinematic eye (ô la John Dos Passos' USA Trilogy), Wilkinson effectively, and at times brilliantly, illuminates the blood and guts of a Cherokee history seen from West to East.

The grimness of that perspective is prefigured in Andrew Jackson's all too accurate Cherokee appellation: Sharp Knife. "I wish there was some other way to settle the Cherokee question," Wilkinson has Jackson apologetically tell us after assuming the presidency. Sharp Knife evidently longs for "some mythical ground between degradation and banishment." But, he concludes, "I assure you there was none," which is bad news for Wilkinson's protagonist, Ridge Walker, a man who knows better than his kinsmen that "where [Americans] walked, they ruled." Ridge, or Kah-nung-da-tla-geh, is a "mixed breed" who was called by the native elders after the Revolutionary War to preserve the homeland at any cost. His veins pumping "with the blood of two worlds," Ridge abandons his battlefield exploits and opts for the path of peace, moving "the battle into the American courtrooms." His decision to accommodate white interests through strategic resistance rather than bloodthirsty warfare endangers his reputation within the Cherokee community. Nonetheless, Ridge perseveres in the face of internal opposition tenaciously enough to send his son to an East Coast missionary school where, in the crucible of "civilization," John Ridge takes his father's philosophy of negotiation to a new extreme.

"The Indians know their value," the precocious John writes in a Boston newspaper editorial, "and with fond delight, anticipate a time when liberality will place them on a footing with other nations whose merits have not been sacrificed by prejudice on oblivion's altar." As these hopeful words, scrawled across "talking leaves" disintegrate in the raging and complementary fires of Cherokee dissention and white greed, Wilkinson's fine novel leaves behind a thick screen of smoke that clarifies a chapter long obscured. 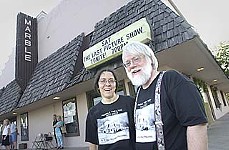 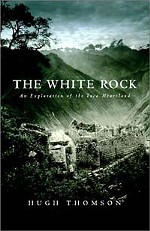