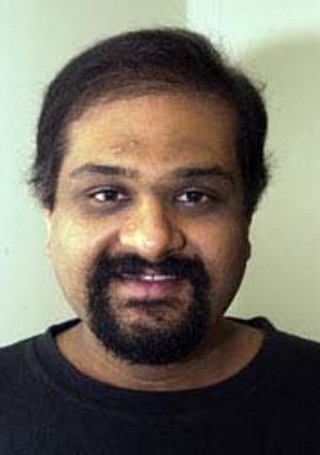 Rahul Mahajan will be at BookPeople Thursday, Sept. 12, 7pm.

Here's ABC's Cokie Roberts (long since promoted from the National Public Radio margin to TV Central) to David Letterman: "Look, I am, I will just confess to you, a total sucker for the guys who stand up with all the ribbons on and stuff and they say it's true and I'm ready to believe it." This week Roberts' credulity might well be a comfort, since at the moment most of the guys wearing the ribbons are leaking the not-very-surprising news that when it comes to military policy on Iraq, the commander in chief is, well, a few sandwiches short of a picnic. But don't expect to hear that caution from Roberts and her highly paid, high-profile colleagues. A couple of weeks before her visit in October, Dan Rather made the Letterman pilgrimage to declare his fealty to the president: "Wherever he wants me to line up, just tell me where." Is it any surprise that the captive U.S. media have marched in virtual lockstep with the administration's drumbeat for wider and wider war?

Roberts and Rathers' comments are just a couple of striking moments in Rahul Mahajan's brief but fiery book about U.S. foreign policy since Sept. 11. (Mahajan, an anti-war activist and a new Ph.D. in the UT physics department, is also the Texas Green Party's nominee for governor.) Although the book was written in just a few months, Mahajan surveys most of the dramatic changes in the imperial landscape since last fall, from the "Myth and Reality" of the principle justifications for the war on "terrorism" (a word which should never be allowed out in public without quotation marks), through the historical roots of the Americanized version of empire ("The New White Man's Burden") to some speculative sense of where the next likely battlegrounds will be ("New Directions in the War on Terrorism").

Mahajan's trenchant polemic bears some of the marks of academica and haste (inevitably in the third section), but in its relatively brief compass sets forth the most powerful arguments against the incessant and contradictory U.S. explanations for its brutal conduct in foreign policy: self-defense, humanitarianism, national security, "civilization" (another verbal absurdity), and most preposterously of all, "credibility" -- that is, if we promise to attack a country, and we don't, we've lost "credibility." As Mahajan notes, quoting Noam Chomsky: "'If you want to know what credibility is, ask any Mafia don.'"

Although The New Crusade of necessity relies heavily on prior sources, and Mahajan is occasionally too quick to give credence to reflexively sinister motives for every single U.S. action, this book is an invaluable compendium and counterweight to most of what passes for commentary in virtually every dominant news source. Whenever you might be tempted to read the headlines and shrug, "They can't be serious" -- this book would be a handy antidote and a sad confirmation that they usually are.