Norton has reissued A Dog's Ransom and Little Tales of Misogyny from Patricia Highsmith, a Ft. Worth native whose disturbing brand of suspense could be "morbidly comic and surreal" or "traditional and believable," writes Tommi Ferguson. 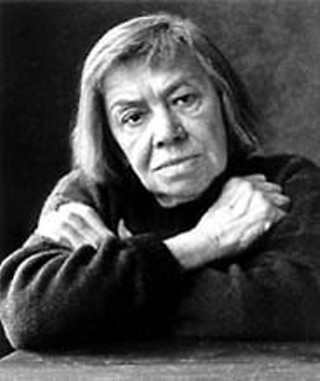 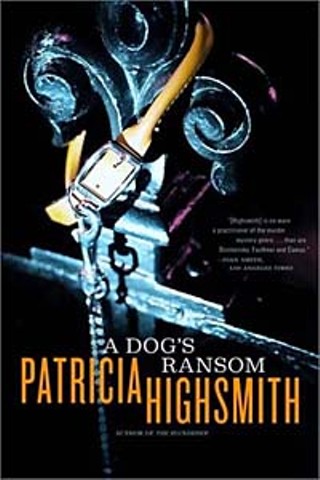 Patricia Highsmith (1921-95), a Ft. Worth native who spent her writing life in New York and abroad, might be known best for her early thriller Strangers on a Train, made famous by Hitchcock's 1951 adaptation. Though her fiction's commercial appeal would ebb and flow during the next four decades, Highsmith regularly delivered novels and story collections that disturbed, even shocked readers. Renewed interest in Highsmith's fiction came with 1999's The Talented Mr. Ripley, based on her 1955 novel. The film's popularity most likely contributed to the paperback release of two of Highsmith's works, the short story collection Little Tales of Misogyny ($11) and the novel A Dog's Ransom ($12.95), both due out this month from Norton. 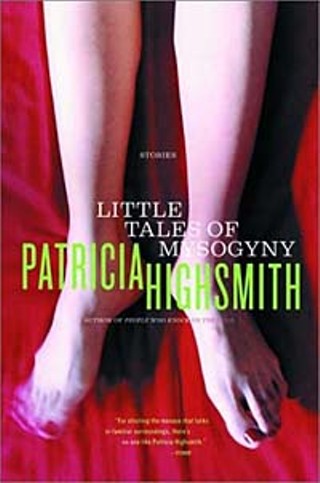 The short stories are often morbidly comic and surreal. Several of the central characters in Misogyny are like hyperboles, extremes that point at our culture's tendency to pigeonhole women into sexual stereotypes ("The Fully Licensed Whore, or, The Wife," and "The Mobile Bed-Object"). In "The Jolly Cave Woman," one character, Ooma (suspiciously similar to the word "ovum"), is grotesque: hairy, round, simple, and unbelievably irresistible to the men of her tribe. Sexually active and prolific from an absurdly early age, Ooma pleasures many men but meets her end at the hand of a jealous wife.

A Dog's Ransom follows a more traditional and believable narrative, more in line with the noir feel of Strangers and Ripley. The novel begins with the abduction of a Manhattan couple's much-adored poodle, Lisa. Early in the novel we learn that the Reynolds' only daughter has been killed a year earlier. Just as you begin to assume that the story will focus on the couple's second round of grieving, Highsmith changes course and introduces the true central character, Clarence Duhamell, an idealistic young policeman. Clarence tracks down the dog-napper, only to become ensnared in the sociopath's indiscriminately menacing schemes. Following the Tom Ripley model, Clarence desperately attempts to insinuate himself into the Reynolds' life and back into a young woman's good graces. Clarence, again like Ripley, or Guy of Strangers, is capable of extremes. But Highsmith offers little more than a series of compromising developments meant to push him to the brink. The unexpected turns lend to the novel's suspense, but the characters' motivations are never made completely clear. In the end, the characters don't evoke much sympathy, either, which was probably Highsmith's intention all along.